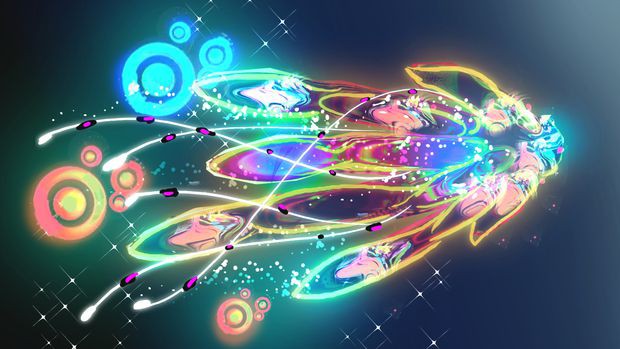 [Today’s promoted Motion Control from last week’s Bloggers Wanted was written by Dreamweaver, who tells us about a game he thinks did motion control properly — Child of Eden. Your blog can appear on the front page next week, as long as you write something about our current topic, eSports. — JRo]

“This is such a hassle…” I muttered to myself as I started to place the Kinect in my humble little video game set up — composed of stray wires coming from consoles, wall sockets, and basic power strips. As I struggled to navigate my way through the plastic vines of this electric jungle, I stumbled over one of my consoles and knocked off the pile of games I had stacked on top of it, revealing a sad and lonely Wii console below.

“I haven’t touched that in ages,” I thought to myself as I recalled all that hype I had from its initial reveal as the Nintendo “Revolution”. I had thought that this was truly the way to revolutionize gaming, to make you feel that you were truly going to be in the game. Little did I know that it was just a pipe dream. The Wii never truly delivered on what I had hoped it would, bringing only gimmicky casual games that were only fun to play during a house party or something.

Now, don’t get me wrong, the Wii had some excellent games under its belt, from the magical journey of Super Mario Galaxy to the bloody Sin City-styled MadWorld, but to be honest, they were something that could’ve been done on any other Nintendo console; The Wiimote didn’t enhance the game anymore than a regular controller. And with the seemingly endless drought (get it? Operation Rainfall?) of exciting games to play on the Wii, it started to attract dust.

And I started to stop caring. I would just turn on the Xbox 360 console next to it and sat right back on the couch with a controller in one hand and a soda in the other, thinking that maybe this is how video games are going to be from now to the end of time. And I was fine with that. I didn’t care about motion control anymore. That is, until I saw E3 2010 when they showed off Child of Eden. That’s when I started to take notice. As I saw Tetsuya Mizuguichi stand on stage and play the game by using his arms, it was such an amazing concept in my eyes. It was like seeing a conductor waving his baton around the screen and having things blow up like a symphony of explosions. That’s when I knew I had to get this game, even on the first day if I had to. 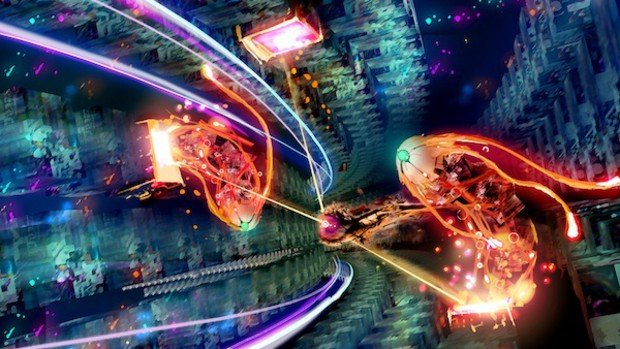 So it’s July 14, 2011, a.k.a. the day Child of Eden dropped into stores everywhere. To be honest, despite how much I had previously looked forward to this game, it totally slipped underneath my radar. It wasn’t until I received an email from Gamestop about my pre-order that I remembered that the game was about to come out. So without further delay, I arrived to my Gamestop to pick up my copy before heading over to my local Best Buy to pick up a Kinect sensor. Yes, that’s right, I pretty much picked up a Kinect sensor for this game (despite it being COMPLETELY optional). To this day I still don’t own any other Kinect games aside from Kinect Adventures (though Dance Central still looks fun).

So once I got home, found a place to set up my Kinect, calibrated it and everything, I wanted to warm up and get used to how the Kinect played first before diving in to Child of Eden. So naturally, I popped in the only other Kinect game I owned (Kinect Adventures) and just started to goof around in it, doing things like fixing the leaks in my underwater glass tomb to double jumping off cliffs on a raft. It was a pretty decent game to see what the Kinect can do, since it can see individual limbs, depth and distance between you and the sensor, and even when another player jumps in. Despite all that, everything still just felt too gimmicky to me, kinda like it was just a more advanced version of the Wii. I mean, it wasn’t like the technology BEHIND the Wii is bad, it just suffers from having a poor library of games, and with games like Kinect Racing and the abundance of fitness programs (even today…) I thought the Kinect was going to suffer just like the Wii.

So after beating a few more events, I finally decided to pop in Child of Eden and see if this game was worth the hype I had placed on it. To be honest, maybe I was playing Kinect Adventures to somehow DELAY whatever disappointment that Child of Eden might’ve brought. Nevertheless, I swapped the discs, waved hi to the sensor, placed my hand over the Child of Eden icon, and the game started to load up. As it spun around in my old disc tray, I did what most people do when they begin a game (aside from reading the game manual — I like to know what I’m doing rather than winging it): They go to the options menu, start fiddling around with some of the settings to suit their liking, and then play the game. Nevously anticipating the experience, I chose the first “Archive,” the game’s version of a level, started my journey and prepared to play. 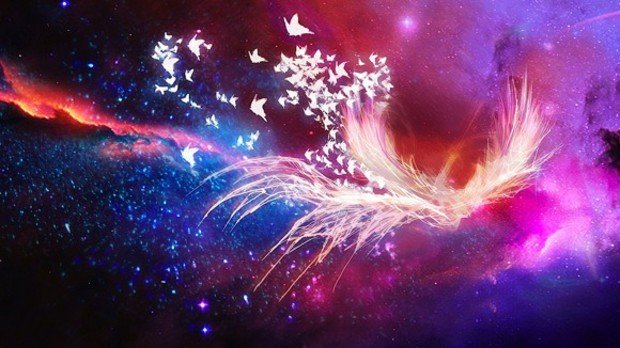 All of the Lights

As the level began and the music started pumping, I became dazzled by all of the beautiful imagery that the game produced on my television screen. It looked amazing, like something out of a child’s fantasy book, though there was no time to admire it fully: as the enemies gathered around my screen, I waved my right hand to “paint” over my targets before flicking my wrist to release a homing missile. And as simple as that sounded, let me tell you that I will NEVER forget that moment. The first time I, as myself, had TRULY felt like I ACTUALLY done something in a video game. I mean, I didn’t just toggle my joysick and press a button to attack, I actually raised up my arm, aimed the cursor, and purified (which is essentially killing) an enemy myself with my own hand.

It felt so amazing that I became addicted to doing it, and as more enemies popped up, I repeated the same motions over and over again, each enemy decimated making me feel like I had powers. Even the simple act of switching hands turned into the thrill of switching into another power (the rapid fire). I loved the idea of using one hand to lock on to enemy and “pushing” the screen to destroy them then switching to my other hand to shoot down all the feeble projectiles they shot at me. Hell, I felt like Cole MacGrath in inFamous when he uses Shockwave and Bolt Stream (even more so considering that since my left arm kept protruding past my right arm so I had to stand in a dynamic pose to ensure the wrong arm doesn’t get counted as the active power).

However, as much as I enjoyed just simply destroying the enemy, I started to enjoy it WAY more when I got the score multipliers, which is only done by killing the enemies to the beat of the wondrous soundtrack playing in the archives. Now, I needed to not only take out the enemy, I needed to keep track of the music, which was hard for me to do at first until I started to tap my foot to the beat of the music, which made it much easier. I essentially synchronized my foot tapping with my homing missile attack to turn my simple killing into a metronome of beautiful, deadly beats. Then when I recalled that I could destroy EVERY enemy on screen by raising my arms up in the air … oh man, I felt like a god seeing everything just blow up right in front of me (you could say I wanted to “Kill Everybody”).

Of course, the whole purpose of the game wasn’t to kill everything, but rather to save Project Lumi from turning corrupt by purifying viruses. In an unforgettable moment, as shards of impurities surround one of Lumi’s core (so to speak) after an intense boss fight, I timed the beat of the soothing melody to the timing of my homing missile to purify them, with each successful hit showing a brief glimpse of a smiling Lumi. It took many hits to finally rid of them all, but once she was fully purified, she gave me a quick smile before the game tallied up my score and allowed me to proceed. 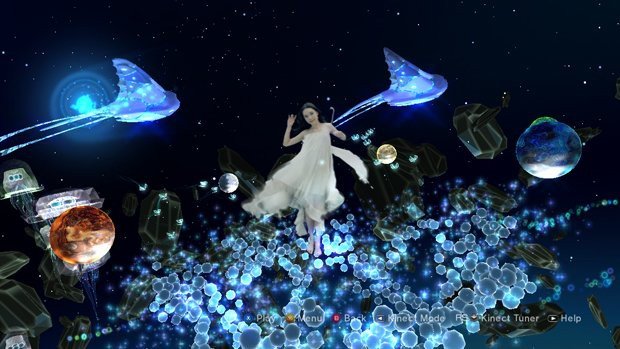 After the level was completed and I returned to the main menu, I felt like I was in another world, like I had become so in tuned with the game that I essentially became a part of it and now the REAL WORLD had become the fantasy. When I was playing, it was like the world I was living in shattered around me, ceasing to exist. I couldn’t hear the gentle whispers of the air conditioning unit, the loud, obnoxious ramblings of the Xbox 360, or the clip of Bad meets Evil’s “Lighters” that had been playing constantly from my cell phone. Hell, the television was more like a set of eyes than a stationary screen. I had never felt truly more connected to a game than this.

It wasn’t JUST because of the trance-inducing music, bedazzling visuals, and motion controls that made me feel like I was a part of it: It was the fact that they all acted in harmony. It’s like one couldn’t exist without the other: You need to see what’s happening in front of you, listen to the music and warning cues, and essentially move your body to react. You may say that you could still do that on a controller, but I’m just going to say that if you play with a controller when you COULD play on a Kinect, you are simply cheating yourself.

The reason why the motion controls were so great was because it did what so few games could do: Make you feel like you were the player. It felt like I was fighting to save Lumi rather than controlling someone else. I mean, I stood in the middle of the room in my own clothing and posing of my choice instead of just sitting down on a couch. When I took down a boss, I did that myself. When I saved Lumi by destroying the things corrupting the core, I did that myself. When I showed Lumi the world by showing her the photos from the Tree at the end of the game, I did that myself.

And you know who the screen showed at the top left screen whenever I lowered your arms to watch a cut-scene? The True Child of Eden: Me.

I’ll never forget my time with Child of Eden; I honestly believe that this game changed my life. There have been many games that touched me with their stories, from the cryptic Shadow of the Colossus to the movie-styled Metal Gear Solid 4, but none of them made me feel like the real hero of the game. 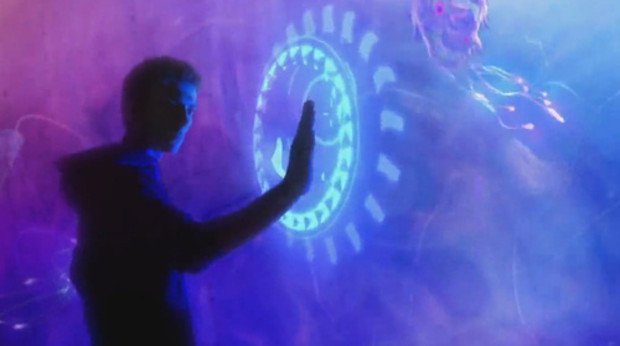