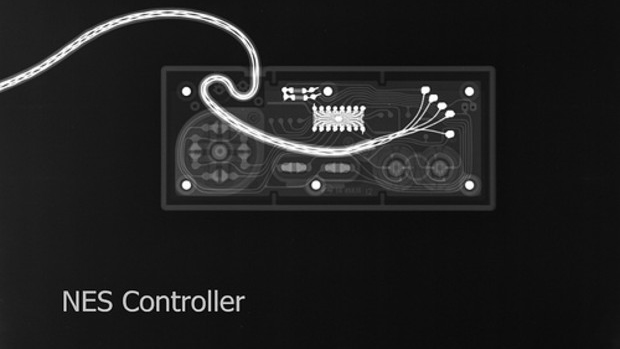 [Our final promoted blog for the Motion Control call for blogs comes from fulldamage. Thanks a ton to everyone who participated this week — we had some really great blogs, and more I wish I could have promoted. If you want to see your own stuff on the front page, you still have this weekend to finish up your blog on eSports. A new topic will be posted on Monday, and eSports blogs will be promoted all week. — JRo]

So, forget about graphics for a second. Forget about storytelling, forget about leveling, forget about moral decision trees, let’s just drop all that complicated jazz and take a closer look at the heart of a game. What is it that makes a modern console game fun for you – fun at the most basic, most un-cerebral, most simple stimulus-response level? I don’t know that there is perfectly simple answer to that question, but if you wanted to start with the game controls, you’d be in the right neighborhood.

Part of the ‘meat and potatoes’ of a game, the stuff that really sucks you in, is learning to manipulate your controller in the right ways at the right times in order to help you succeed at a game’s challenges. First you work out which buttons do what. Then you get to a point where you don’t think about the buttons any more — it becomes second nature to you, like walking or typing. At that point, the game begins to feel like it is responding to your will. That’s the part of the learning curve where things get delicious, where there is no more mechanical barrier between you and the game system, and the only thing holding you back from victory is your mind and your level of skill in execution. 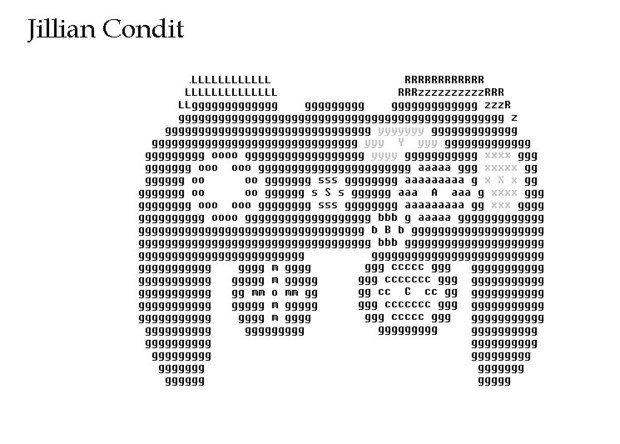 I don’t even see the code. All I see is blonde, brunette, redhead…

If you look at a game with this process in mind – that it is always a one-two step, first to master the interface, then to master the game – you can see where the theory of motion control comes from. That first step, the mechanical barrier, stops a lot of people in their tracks. Have you ever watched someone struggle with a game, and felt pained – almost physically – when you saw them get frustrated? When they have to look at the screen, then down at the controller, then back at the screen while some QTE is tearing them up? Or when they can’t manipulate the movement stick and the camera stick at the same time, so they move, and then change their angle, and then move, and all of a sudden ninjas are cutting them to pieces and they don’t understand why?

Everyone has different skill levels – that’s no big deal! But this is an agonizing moment because you learn, in that instant, that being able to control the game better means being able to experience more of what makes it fun. If they didn’t have to wrestle with those inputs, then they could focus on Kratos smashing some troll’s face into a glorious pulp. If they could swivel that camera, they’d see the way those ninjas spidered up at them across the walls and from the windows, and how sweet it looks! 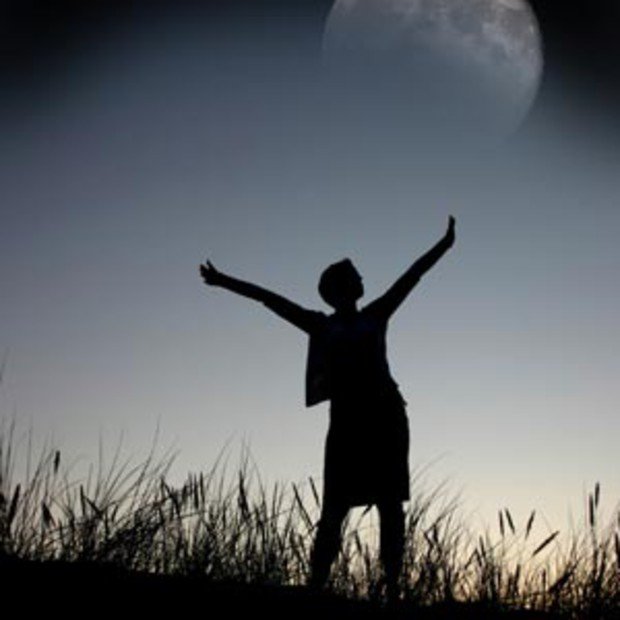 This is when the dream — the glorious dream! — appears to a fevered, tormented few. What if you could remove that first obstacle: learning to master the interface? What if the interface were so pure, so simple, so intuitive, that you could get a character to do what you needed them to do, just by moving a wand or waving your arms? Look at all your friends back there, the ones hopping backwards off of cliffs in Soul Calibur, or forever eating Kamehamehas in Dragonball Z because they simply cannot do a rapid tap. There’s a gulf separating you right now, a chasm of ability. Don’t you want them to be able to cross it and join you up here, where it’s more fun?

This notion  of leveling the playing field, of letting more people close to the fun by helping them over the arbitrary obstacle of the controller, is a tempting one. Nintendo led the way on it, because they’ve always been innovators when it comes to fun. To this day, we can identify “Zelda clones” and “Metroidvanias.” We explain “platformers” to people by referencing Super Mario Brothers. Nintendo has built landmarks across the landscape of gaming with the scope of their ideas, and it is always foolish to ignore what they’re doing. In large part, their goal has always been to get the largest number of people having the most amount of fun. And I agree with their goal.

But I never bought a Wii. 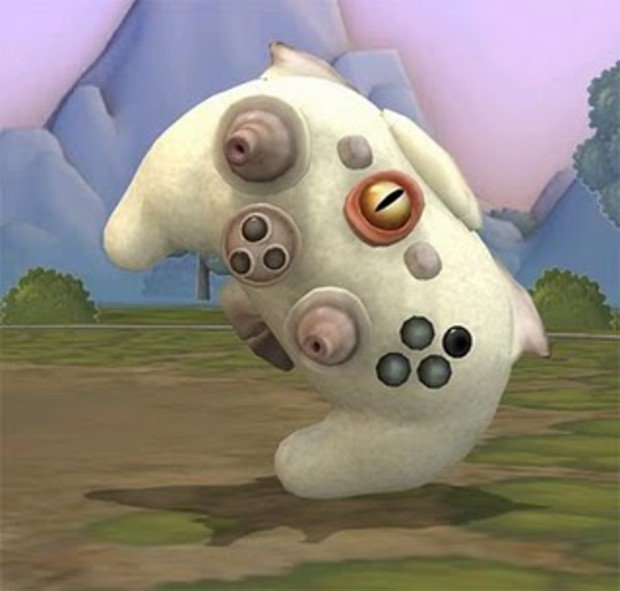 Let me be really clear about this one: I really don’t like to buy into that “casual vs. core” nonsense. That term is only useful for marketing demographics and the poor, sad people who have to try to make sense of them. I won’t decry the Wii as gimmicky, because a crapton of people love it, play it daily, and don’t care what other people have to say about it — that’s no gimmick. If I’m having people over to my house to play games, then I’m choosing the simplest, most insta-fun titles that I can find, because I want everyone to have fun.

Now, after they go home?

Then I’m pulling out Demon’s Souls. Or New Vegas on Hardcore Mode in Hard difficulty. Or — don’t choke — Catherine, because those block puzzles aren’t as easy as they look. In the skills department, I’m nothing special — I’m Average Joe. But it does come back to that control scheme. In order for a game to hold my attention, it has to provide me with a challenge that is at the limit of my ability so that, through trial and error, I overcome it. Success is sweet, because it means I’ve improved. I’ve mastered that tough challenge, and am ready for even harder ones. A lot of designers use the term fiero to refer to that elated feeling of victory in the moment of triumph — when you throw up the horns, jump up off the couch, and tell Emerald WEAPON to suck it, because you owned him. (finally) (after countless ignoble deaths) (you cheap mechanical sonuvabitch) 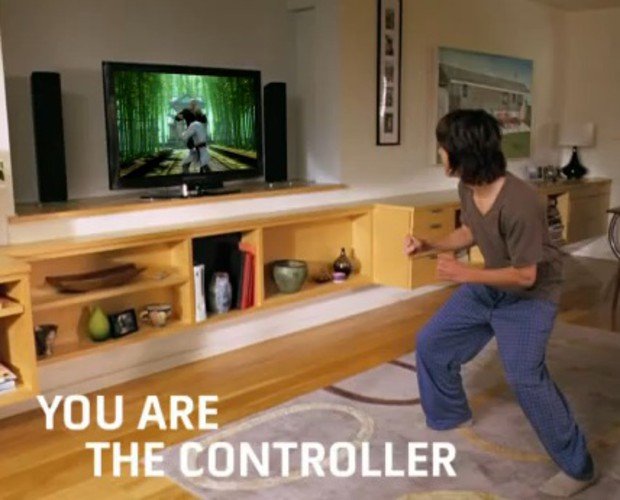 As long as you’re cool with everyone’s control being shaped and moving differently to produce different results, that’s a great idea…

Motion controlled games aren’t quite there yet. They lack fiero. The tech isn’t geared for input precision, and when the game isn’t responding to your gestures, it’s just frustrating. So they’re tuned to be very forgiving, to the point where anyone can succeed at the basic inputs. They lower the level of raw skill required to succeed, and in doing so, rob me of those victory moments. There’s nothing in the world of motion control that enables a player to control Ryu Hayabusa with the responsiveness necessary to take out 10 enemies in 5 seconds, the way a standard controller does.

There are also very few motion games that present us with opportunities to be clever or inventive with our gameplay – to figure out different solutions to challenges. We can’t invent new gestures. We can’t use motion control in ways that feel as satisfying as it does to figure out how to build 100% damage reflection in Oblivion, or to figure out the perfect tower setup in PixelJunk Monsters. They don’t seem to help us solve physical challenges OR cerebral challenges in gameplay very well.

So what do we do with them, then? 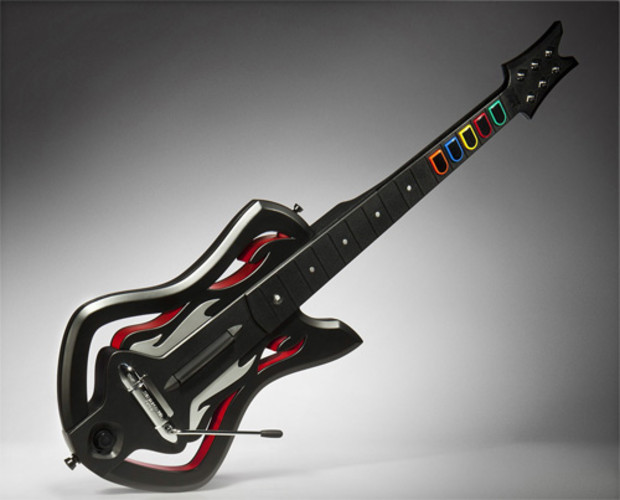 Subject for another article – I want to use this controller to play a game that is not about playing a guitar.

I bought Heavy Rain on sale not too long ago. I didn’t even realize that it was Move-enabled until I got the package and looked at the sticker on it.

I thought about it. Let the package sit, unopened for a while. And then one day, I found myself in the electronics department of Target after a pay day. I remembered that No More Heroes was coming for the PS3 soon. And so was Child of Eden. And I thought, “Ahh, fine. If I want to have a legitimate opinion about motion control, I need to learn more about it. So what the hell?”

And I had a blast.

Heavy Rain does it right. It’s a game about personal relationships, and about decision-making, and about hunting for things — a straight up Adventure Game of the Olde School. I had hesitated on purchasing it partly because when it was released, I was having more of an action-game phase. And partly because I remembered how grueling and tiresome the QTE events in Indigo Prophecy, Quantic Dream’s previous title, had been. 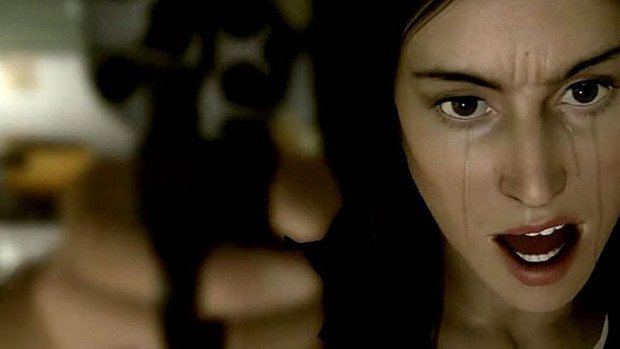 If you didn’t watch the actor auditions in the Extras menu, do it. This girl is good.

Heavy Rain was able to pull a magic trick here, by taking the worst aspect of that type of adventure game, and flipping it into an immersion-building tool. Since the focus is on the unfolding story, all of the player actions are just simple, timed inputs, which motion control can do. And while flicking a thumbstick is pretty dry in terms of excitement, making these inputs into full on gestures makes them more interesting, and builds a physical connection with the characters that wasn’t quite possible before. You start by learning to knock on doors, or shave, or cook a meal — simple activities that can be done easily through motion control. Then before you know it, you’re trying to untie yourself from a table before a psycho tortures you to death, or administering CPR, or picking a lock. And, because you’ve been practicing, you can handle the more complicated and quick motions needed here. THESE are game actions that are made more powerful because you get your arms and body into them.

It’s not about building a game around the concept of swinging a sword or a golf club or dancing. It’s about building a game in which motion controls help you to get more involved, but don’t limit your ability to find and defeat difficult challenges with your skills and your mind. It’s about using them to do things that a controller isn’t capable of, but not building the game AROUND that distinction. It’s not easy. But it can be done. 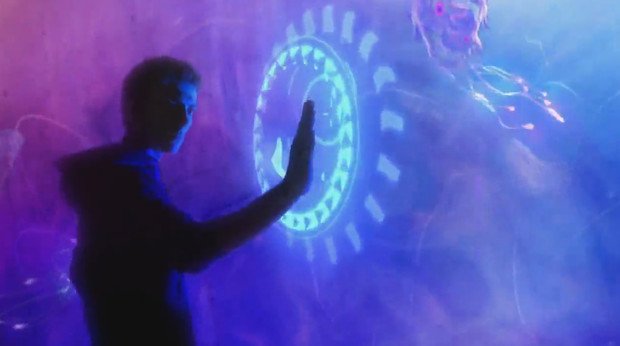 If you read this far, then props to you – that is one serious wall of text up there! Let me first of all say thanks, and send you off with this one final anecdote. A coworker of mine is super-excited about Child of Eden. I was too, of course, but her enthusiasm didn’t really communicate itself to me until she said the words, “Finally, a game I can play!” And I remembered that she’s got crippling carpal tunnel, and controllers hurt her. It got me to thinking, it’s not just about the “ability chasm” either. There are a lot of people that physically can’t play games the same way I do. That’s messed up. They deserve better than virtual mini-golf and tennis games. And I think that motion control CAN bring us experiences that are new, and different than games we play now, and in some ways better.

I just wish that marketing campaigns hadn’t been hell-bent on convincing us that the era of motion control was RIGHT NOW. By my estimation, we’re way out on the edge of that possible future, and we’ve still got a long ways to go. Motion control, I bow to you as a valid combatant upon the field. But in order to prove yourself, you’re going to have to show me what you can do, and you’re going to have to be better at it than all the other control inputs out there already. So you’d better bring it.