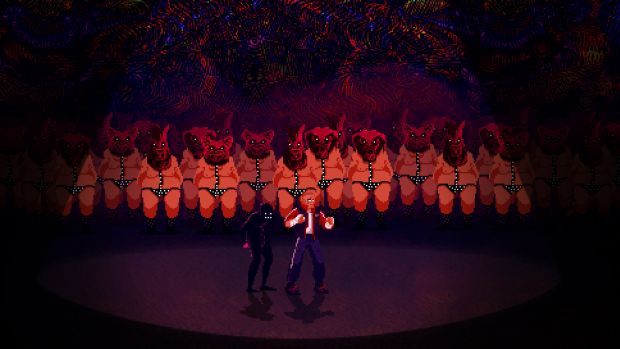 You have my attention

Remember the glory days of beat ’em ups? Well French studio Le Cartel does. The four man team banded together and created Mother Russia Bleeds, with the aim of capturing the golden age of beat ’em ups like Streets of Rage.

This ultra-violent game is set in an alternate 1986 U.S.S.R, and the story revolves around former boxing champion Sergei who has a crippling drug addiction. You get imprisoned for crimes against the motherland, but are able to break out with three other cell mates. From there you’ll be going on a a journey of psychotic vengeance.

So yeah, you have my attention Le Cartel. Mother Russia Bleeds is planned for a 2015 release on PC, Mac, and Linux, and console ports are a possibility, just depends on the success of their upcoming crowdfunding campaign.