Need for Speed: Most Wanted will be the first Criterion Games title to release on Nintendo hardware since Burnout 2: Point of Impact on the GameCube back in 2002.

Alex Ward, Criterion Games Vice President, said that’s because the team sees a lot of potential with the Wii U, specifically from the system’s GamePad controller and Miiverse functionality. It’s due to features like these that Need for Speed: Most Wanted is releasing on the system, and in fact, was tailored from the ground up with those mechanics in mind. 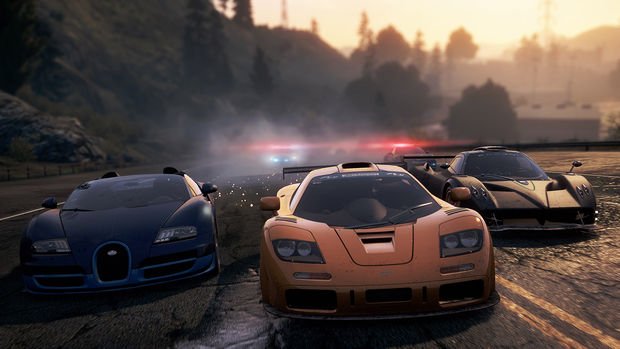 “It’s very important to us that when people see ‘Criterion’ on our software. They know we’ve approached it with craftsmanship and passion,” Ward said.

That was the mantra behind Most Wanted’s development on Wii U, with Ward adding the team made sure they included every possible form of play for Most Wanted on the platform, including: GamePad (and off-TV) support, gyroscopic capability, pro controller support, Wiimote and nunchuck controls, as well as steering wheel functionality.

“The Wii U is one of those systems where, once you get hands-on, it really starts to make sense.”

Need for Speed: Most Wanted on Wii U is also the best looking of all the console versions, Ward said, as the Wii U version was able to use all of the assets found in the PC version. “We developed our game on Wii U after the hardware released, so we’re able to understand the hardware,” Ward explained. “Last year as a developer at E3, I wasn’t quite sure what the hardware was about. I didn’t really get the chance to get hands-on, and the Wii U is one of those systems where, once you get hands-on, it really starts to make sense.” 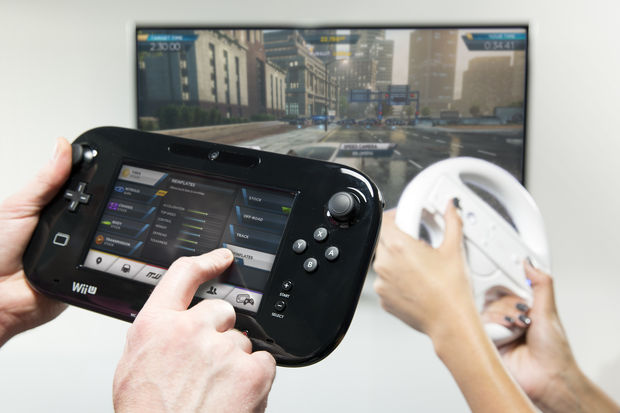 One of the questions Criterion asked themselves at the start of Most Wanted’s development on Wii U was how they would utilize the system’s GamePad to its fullest and create a unique experience. The result is Co-Driver mode.

Internally thought of as a “father and son” mode, Co-Driver sees one player racing through the game using either a pro controller or any other control option while the second player assists using the GamePad. With the GamePad, the second player can do actions including changing the time of day, pointing out billboard locations, helping evade the police, changing the current vehicle’s color, and more. It’s a way to get the second person in the room involved with the game, no matter who they may be, as well as making the game easier and more accessible for them.

“Wii U is best enjoyed, we see, with people together,” Ward said. “It’s all about looking at the hardware and playing to its strengths,” Ward said.

Most Wanted on Wii U will ship complete with full online capabilities, though with six-player support as opposed to eight players on other platforms, as well as full Miiverse support. Shipping the game with online was something Ward said the team made sure they did, and is another reason why the game is seeing a Wii U release months after that of Xbox 360 and PlayStation 3. Voice-chat via the GamePad’s microphone is also supported.

“We’ll see how the online audience on the Wii U is going to develop,” Ward said. “I think for a lot of consumers out of the box, it’ll be that around-the-TV experience that Nintendo tends to do very, very well.”

Future iterations of Need for Speed on Wii U should see a same-day release as the other consoles, Ward told me, since the studio now knows the hardware. “Fantastic hardware [the Wii U], I love it,” Ward ended. “It really got me back into Nintendo software.”

Need for Speed: Most Wanted will release on Wii U March 19 in North America, and March 21 in Europe. Most Wanted’s downloadable add-on, Ultimate Speed Pack, will also be included.