Mortal Kombat X has launched, and with it, a decent amount of DLC.

If you count just one “five” and one “thirty” easy Fatality token pack each, the price totals $58. That’s not including the $60 game purchase. On said fatality packs specifically, optional microtransactions are all the rage, but I find it hard to really get angry when I can just ignore them. Sure, they’re despicable additions in principle, but they don’t bother me on a daily basis playing the game — part of the fun is learning new Fatalities on my own so they are a non-issue.

What I don’t like is the $30 Kombat Pack being sold at launch (before launch even), the Goro pre-order bonus character lockout, and the $1.99 Blue Steel Sub-Zero skin that looks so cool that you naturally are inclined to buy it. Oh, and the $19.99 Krypt content unlock cheat code, after a patch came in pre-launch to decrease your token earn rate. 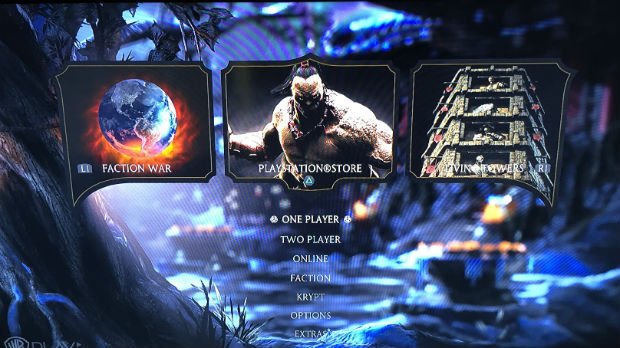 As far as the Kombat Pack goes, there are a number of characters in the story that appear and have their own moveset, but they are not playable. All I could do is imagine a WB executive running through the story with a developer going “yeah let’s gate that!” and “oh man that would make a great pre-order bonus!” Because let’s face it — WB does not have the best track record when it comes to DLC. Heck, remember when it literally told customers it would rather focus on making more DLC than fix the broken game it charged $60 for?

That’s partially why the $30 Kombat Pack, set to include four characters, doesn’t quite sit well with me. Jason and Predator feel like completely new additions and thus a justification of more man-power, but Tanya is already in the game (yes balancing is a thing and she is unfinished, but it doesn’t feel right). Goro is a pre-order bonus but if you pay now (!) you can unlock him, as he is prominently featured on the DLC splash page which is front and center on the game’s flashy title screen. Plus, two characters also come with classic skins in the Kombat Pack (the other two have themed packs), which really should have been Krypt unlocks for nostalgic fans. Oh, and about that.

Normally the $19.99 Krypt unlock code would fall under “optional microtransaction” just like the Fatalities, but there was a patch implemented before launch that lowered the rate at which you earn tokens — used to unlock Krypt features. Classic free-to-play model move. The $1.99 Blue Steel Sub-Zero unlock is partially justified by a “portion” of the pool going towards funding the “Who’s Next Tournament,” but come on — a portion? It should be the whole damn thing when you’re peddling this much DLC on top of a $60 game. At least you could say it was for the fans. 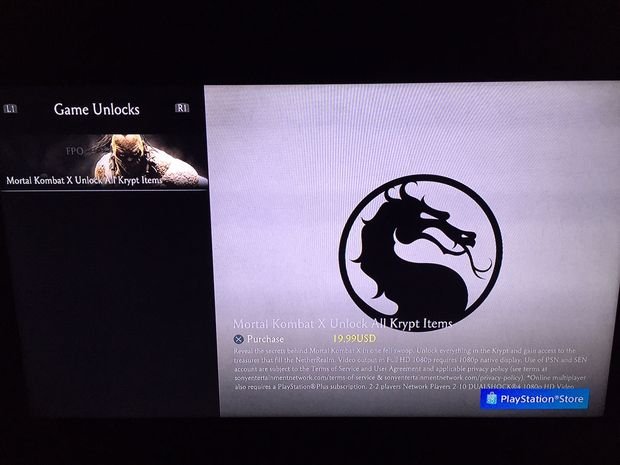 All this scheme does is push people towards the “Komplete Edition” which you know is going to happen. The last game may have also hosted DLC, but a locked-out costume and a launch Season Pass that locks out Goro behind a pre-order doesn’t feel right.

Now that I have access to Goro today (disclosure: with a code provided by WB) and the power to play online with the general public, I’ll have my review later this morning. Luckily, this DLC issue doesn’t detract from the great core fighting game NetherRealm created.