It’s been less than a year since its reveal, and we’re already rapidly approaching the release of Mortal Kombat X. After its predecessor essentially rebooted the franchise with a return to 2D-style combat, many fans got a newfound love for the series. And though Mortal Kombat (2011) took some liberties with the lore, as it was both a reboot and sequel simultaneously, it left off in a place that had fans anxious to see what could happen next. Lucky for you, Destructoid just got a taste of what’s in store.

During GDC week, Warner Bros. Interactive held a special hands-on session with the first chapter of Story Mode, along with a sampling of the versus mode and upcoming mobile game app. Though I’ve played quite a bit of this series in my time, I knew I could use some help discussing the franchise’s lore and history. So I decided to bring along Dtoid’s resident Mortal Kombat expert Abel Girmay, who’s already played quite a bit of MKX, for a back-and-forth discussion about the game and how Johnny Cage has still got the stuff. 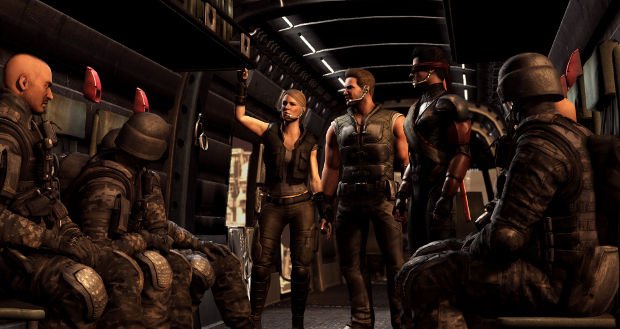 I think we were all pretty shocked by the culling of the majority of the Mortal Kombat roster in the last game. Many of the central characters that have been with the series for the long haul were killed off unceremoniously during the story, which was crazy because it was permanent. And although descendants and new variations of the characters are set to return, the cull was about giving Mortal Kombat a fresh roster for its next installment. During our hour spent with MKX, we saw quite a bit of the game’s content, and even a few surprises that we can’t share at this point. But I’ll let Abel explain his thoughts on the future of MK.

Abel: So let’s get the big news out of the way: Johnny Cage is back! NetherRealm hasn’t lost its touch with Story Mode. Like Mortal Kombat before it, Mortal Kombat X breaks its story into chapters, each following a specific character. It’s absolutely the best storytelling in the genre, allowing you to play with most of the roster while delivering a cohesive narrative. We’ve come a long way from beating arcade modes with every fighter and trying to piece together the events.

During our preview, we only got our hands on chapter one starring Johnny Cage. It was a great chapter though, packed with character reveals — we got to fight against Scorpion, zombie Jax, and Sub Zero, as well as Shinnok. Oh, and Fujin is back, tearing armies up with his bestie Raiden.

If I had to pick a gripe though, I was not a fan of all the choreographed fights in this chapter, some of which dragged on to the point of annoyance. I’m all for kicking back and watching Johnny Cage beat the stuffing out of Scorpion as a helicopter goes down, but there came a point where these scenes would drag on so long as to actively annoy me that the real fight hadn’t started yet. The quick-time events didn’t help much either, especially considering that success or failure in them had no bearing on the real fight, like they did in Injustice. Here’s to hoping Johnny’s chapter is the only one like this.

Alessandro: I was a big fan of the previous MK‘s Story Mode, so it was exciting to see them continue on with that. What surprised me most was that chapter one with Johnny Cage essentially served as the epilogue for what happened in the ending with Shinnok and Quan-Chi in MK9.

It only takes place about a year or so after that story, and by the chapter’s end it seemed to have the MK9 storyline wrapped up for the most part, which will lead the way for MKX‘s central story (which is set over the course of 25 years). But I suppose this goes along with this game being a somewhat clean break from the mythos into something new.

Abel: A new mythos will definitely be welcome, and from the recent story trailer and what we’ve played, it seems headed firmly in that direction. If I had one fear before playing Story Mode, it’s that MKX would retread the stories of MK4 through Deception, the same way MK9 covered MK1-3.

Alessandro: After Deadly Alliance, I felt that the series maybe got a bit too away from itself, and just went for a more ‘kitchen-sink’ approach. As in they threw in everyone from past and present into the story at once. A lot of the content and characters felt like filler, and catered more to the ridiculous side of Mortal Kombat. That’s not necessarily bad, but I appreciate that the series is going for a more leaner and refined approach now. MK9 did a lot to help bring it back, and I’m really pleased with MKX following suit with its gameplay.

Abel: HEY!!! I liked Chess Kombat, but you’re right, combat is king in MKX. This was my third time playing MKX, and what struck me most was how comfortable the combat felt. None of the combos you spent time mastering in MK9 will translate, but familiarity with those games will be a leg up.

With returning characters, a lot of the special moves either have the same input as MK9 or a similar logic. Down-back-something for a teleport, down-forward-something for a projectile, etc. What has changed the most though are projectiles and teleports, both of which feel much more punishable. Projectiles in generally all feel much slower than MK9, with lots of telegraphing to boot. Make the mistake of missing with your opponent nearby, and you’re open for a big punish. Same goes for teleports which, when thrown out in a pinch, more often than not led to me and Alessandro trading hits. 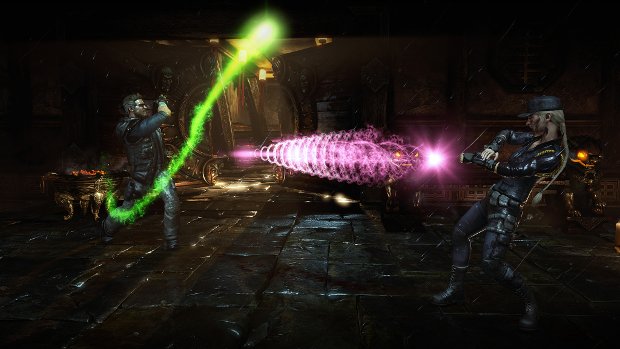 Alessandro: I basically stuck with my favorites, Sub-Zero and Ermac. The variations system made them feel familiar, but still pretty fresh. I think this system will add a lot of nuance for the characters, as each style will completely change their modus operandi. Interestingly enough, the variations were locked during Story Mode, so it seems like they’ll switch between the styles during the chapter’s narrative for specific moments.

I also really dug the fact that it’s taking cues from Injustice for the meta-leveling system. You got experience and koins for completing matches in Story Mode, which could be invested towards factions and other rewards. I appreciate that it’s all connected together.

Abel: Speaking of connectivity (SEGUE!), NetherRealm announced a Mortal Kombat X iOS version, not unlike what was done for Injustice. By “not unlike” I really just mean “the exact same thing.” Combat is the same tap for light attacks, swipe for heavy attacks, then build up meter to unleash a super move or X-Ray attack.

Characters all come as cards and fight in teams of three with bronze, silver, and gold variations of each. You upgrade your cards, improve their stats, and fight your way up increasingly difficult ladders. Again, it’s exactly the same.

The monetization plan is the same too, offering a store to purchase new characters cards or energy to fight. The most interesting thing are the unlocks you can get by linking your WBID to your app and full game. The Batman Beyond suit in Injustice was amazing, so here’s to hoping MKX will have similarly cool rewards. 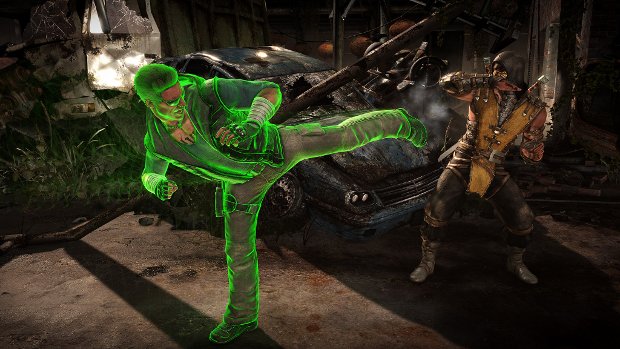 Our time with the MKX came to a close after our hands-on with the mobile devices. We definitely wanted to give the versus mode another shot, as we obviously only scratched the surface of the game’s content, but it’s probably best we left at that point. Thankfully, the game is not too far off. I’m hoping that NetherRealm keeps a tight lid on what’s in store for Mortal Kombat X till release. With new characters being shown off so often, I worry they’re likely giving away too much.

Regardless, we’re plenty excited about what MKX has to offer. Abel totally geeked when Fujin appeared with Raiden to fight off Quan-Chi’s forces, and I can tell that there will be plenty of those fan-service moments that diehard MK players will enjoy. For me, Story Mode in MK9 was the best the fighting game genre has ever had, and with the upcoming game pushing that even further, it’s looking like we’re in for something really special next month.