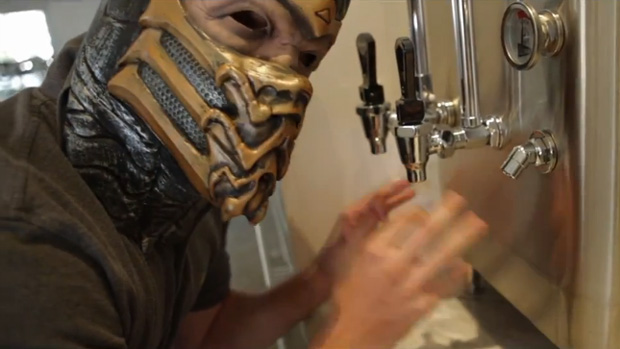 Mortal Kombat: Legacy was the fairly popular live-action series that ran on Machinima last year. I personally enjoyed it immensely, even though some folks were a bit lukewarm on the project. But, I mean, c’mon! Michael Jai White as Jax! C’mon!

Legacy was spun off a short film called Mortal Kombat: Rebirth, which got more than a few heads turning. Director Kevin Tancharoen made the film in order to seek permission from Warner Bros. to do a full-length MK movie. Though Warner declined the movie pitch, it allowed Tancharoen to make the nine-episode Legacy, and the success of that series did eventually change Warner’s minds on allowing Tancharoen to take MK to the big screen.

Anyway, Legacy season two was announced during SDCC; whereas the first season only covered character backstories, the second will take place during the Mortal Kombat tournament itself. New combatants… excuse me… “kombatants” will score screen time, including Ermac, the blind swordsman Kenshi, and policeman Stryker (Fun fact: My online handle “megaStryke” takes the “Stryke” from him). I’ve enjoyed Legacy thus far, and hopefully the new episodes will address people’s concerns from the original.