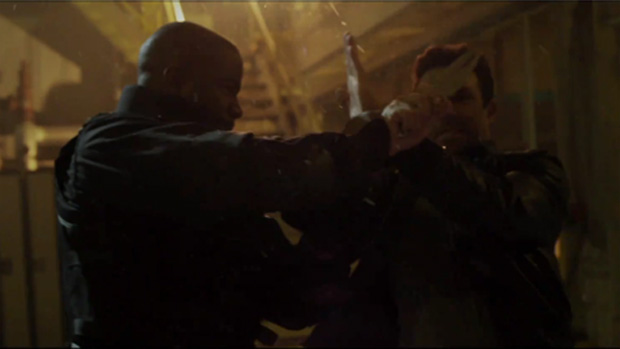 Directed by Kevin Tancharoen, Michael Jai White (The Dark Knight, Black Dynamite) will play Jax, Darren Shalavi (Alone in the Dark, Sanctuary, Ip Man 2) will feature as Kano, and Jeri Ryan (Star Trek: Voyager) will make it futile for you to resist her Sonya Blade. Legacy was created with input from NetherRealms and Ed Boon, so it will probably be a more faithful adaptaton than, say, the Tekken or Legend of Chun Li movies.

Leading up to the premiere of the 9-webisode live action series, which focuses on different characters’ backgrounds and their motivation for ripping out spinal columns, Machinima will host Tancharoen and cast members in a special live event.

While you wait for that, check out the sneak peek video.