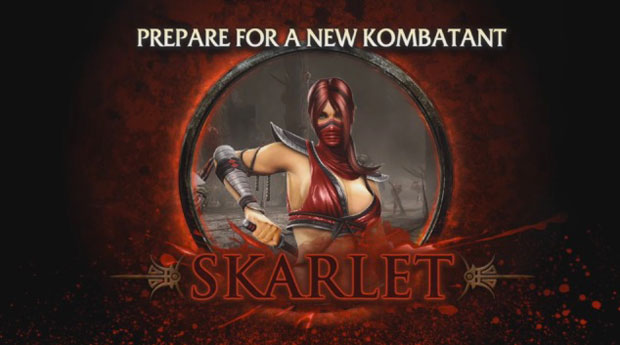 In addition to the “Klassic” skins and fatality pack already announced for Mortal Kombat, a brand new character will be unleashed as downloadable content soon: Skarlet.

Warner Bros. and developer Netherrealm Studios have released a trailer of the female fighter in action, and she looks like a total beast. One of her fatalities involves sticking a throwing knife into someone’s ear. Ouch.

She’ll be playable at E3, which is (I can’t believe it) just a week away. We’ll be there, ready to stick some knives into ears, and we’ll bring you the details as soon as we can.