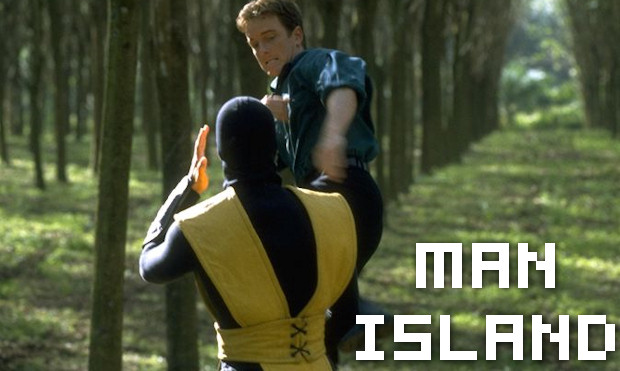 Recently, the members of Podtoid watched the first Mortal Kombat movie, where we deduced that the whole film was basically a gay love triangle between Shang Tsung, Kano and Johnny Kage. Fans of the film will be glad to know that their homoerotic fantasies are returning with Mortal Kombat 3: RETURN TO MAN ISLAND, which begins filming in September … allegedly.

The news comes from martial artist and stunt actor Chris Casamassa. He played Scorpion in the first two movies and is claiming that he’ll be reprising the role this year for the third gay outing. His claim coincides with the fact that film producer Larry Kasanoff suddenly dropped his lawsuit against Midway, ceasing an IP rights claim to the Mortal Kombat franchise. Could all hands be back on deck for MK3?

Until we get anything more official, it’s hard to tell. Still, if Scorpion says the movie’s back on, then it’s good enough for me.