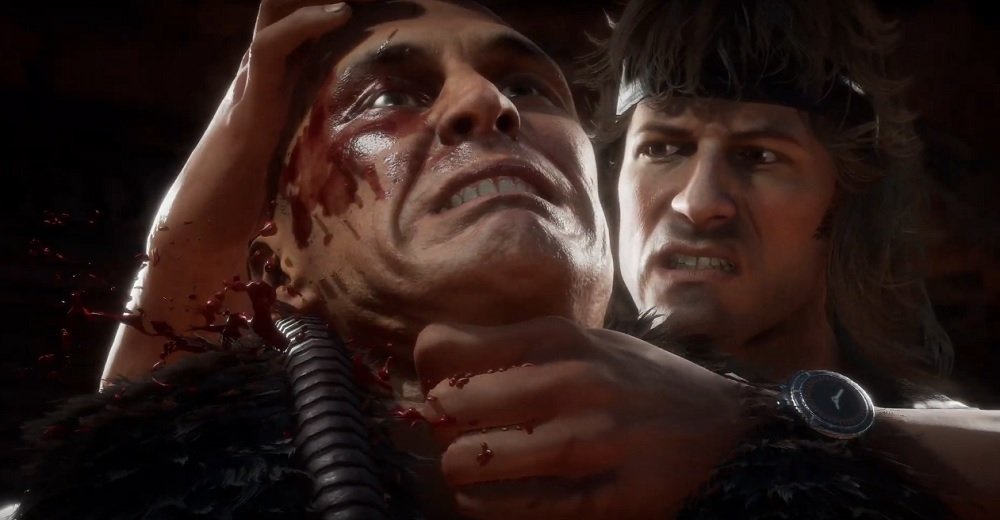 They drew (buckets of) first blood

NetherRealm Studios has released the first gameplay trailer of John Rambo, the latest in a series of special guests joining the Mortal Kombat franchise. Rambo – along with returning kombatants Mileena and Rain – will be available to purchase as part of Kombat Pack 2, which launches for Mortal Kombat 11 on November 17.

In the super-violent preview, we see the tortured war veteran cut down foes such as Kabal and Erron Black, before facing off against another ’80s action movie icon, The Terminator. In an inspired bit of design, Rambo is not only armed with his iconic knife – the same blade that endlessly worried British film censors back in the day – but is also equipped with a series of environmental traps, including tripwires, claymores, and tree-swings.

The minute detail that has gone into Rambo is impressive. Even some of his hand-to-hand attacks are ripped straight from the knock-down, drag-out scraps featured in the movies. Of course, having Sylvester Stallone voice the character is a huge bonus, and the character’s likeness is very accurate from a visual standpoint. The trailer ends with the klassic “throat tear” from the fourth Rambo movie. The only thing missing is the .50 caliber mounted jeep from the same flick… Don’t let us down NRS.

Mortal Kombat 11 Ultimate will contain the base game, the Aftermath expansion, and both Kombat Packs. It will launch for PC, as well as current and next-gen consoles, on November 17. Players who already own Mortal Kombat 11 on PS4 or Xbox One will receive a free upgrade to PS5 or Xbox Series X should they pick up a next-gen platform.