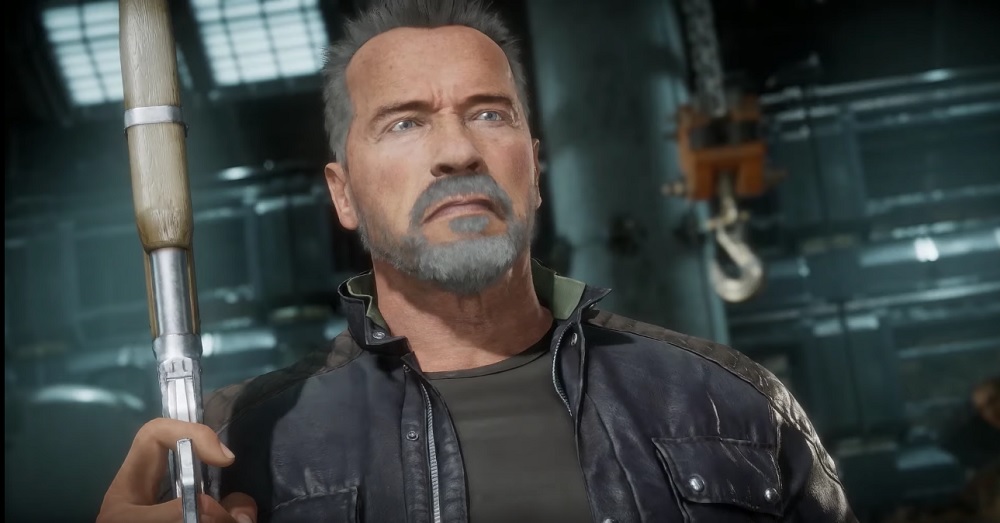 You got a dead cat in there, or what?

It’s judgement day, as NetherRealm Studios has released its trailer for the next DLC character headed to Mortal Kombat 11. Following on from previous movie guest stars such as Freddy Krueger, Jason Voorhees, The Predator and even Leatherface, this latest crossover brings us the cyborg assassin known as The Terminator.

The short preview lets us see Cyberdyne Systems’ finest in action, where it uses close-distance brawling, pop-up grenades, and its trusty repeater shotgun to wail on Jax, the unfortunate sacrifice for this showcase. Terminator is also apparently equipped with a teleport, and several dash attacks, including a big boot and a ground tackle. If that wasn’t enough, also spotted is a resurrection mechanic – similar to the aforementioned Jason in MKX – which sees the Terminator shed its skin to continue the fight, now in terrifying armoured form.

The big man/machine is already making his presence felt in the MK 11 universe, as the latest update (which rolled out yesterday) activated a new konsumable in the Towers of Time mode, allowing players to call in the T-800 for a quick assist, (Thanks, EventHubs). As for the T-800’s official launch, Kombat Pack owners will get hold of Arnie on October 8, while everybody else can pick him up roughly a week later.

Terminator T-800 is the third DLC character to arrive in game as part of MK 11’s Kombat Pack, following previously-released kombatants Shang Tsung and Nightwolf. Next on the agenda is MK alumni Sindel (November 28), who will be followed by The Clown Prince of Crime, Joker (January 28) and finally Todd McFarlane’s hellish avenger Spawn (March 17)

Also spotted in the new trailer are a selection of upcoming skins, including Sarah Connor getup for Sonya Blade, a cybernetic Kano, a tuxedo-sporting Johnny Cage and, most notably, a Harley Quinn cosplay for Cassie. You can check out the skins in the gallery below.