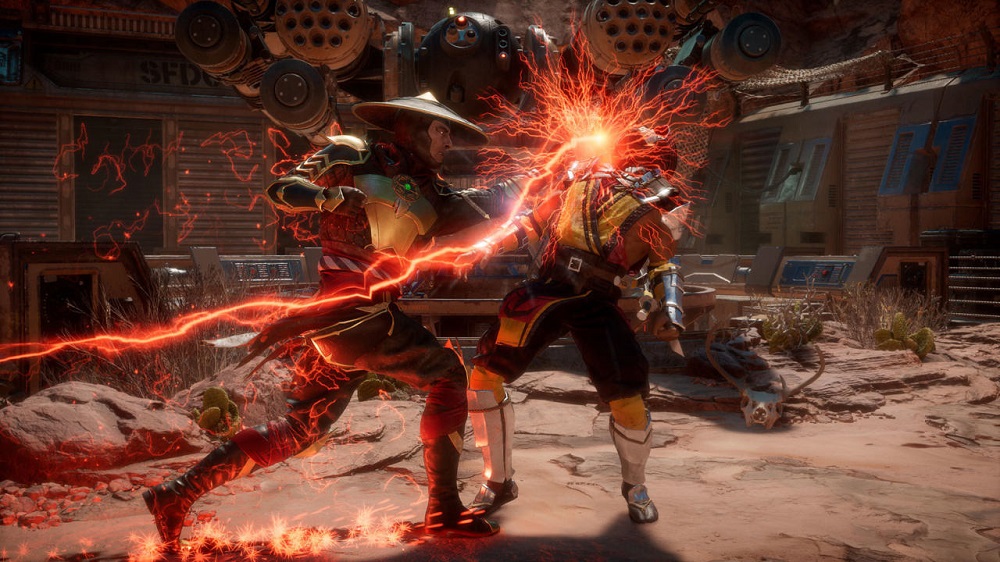 I don’t see Sindel, but she’s coming, I just know it

Following on from the exciting reveal at The Game Awards last weekend, new details and screens have emerged for NetherRealm’s next entry into the head-splitting Mortal Kombat series.

Mortal Kombat 11 will be headed to PS4, Xbox One, PC and Nintendo Switch on April 23, 2019, with a beta planned for March. The weirdly-scored, but action-packed trailer we saw last week is supposed to be very indicative of gameplay mechanics. This suggests destructible background elements, alongside your opponent’s bone structure. A community event, which will give us gameplay footage and, hopefully, kharacter konfirmations, is planned for January 17.

We also know that the game features former Outworld Emperor Shao Kahn as a pre-order bonus character. Speaking of piecemeal rosters, a Kombat Pass has been confirmed for MK 11, with a “Premium Edition” of this latest blood-soaked outing being made available for just shy of 100 bucks.

A recent listing on Italy’s GameStop page suggests that the Kombat Pass features six characters and six “Battle Passes”. The same page also notes that MK 11 will feature a heavy emphasis on its multiplayer/eSports scene, along with a new customisation system and new “GoreTech” mechanics, as if things could get any more violent.

I love Mortal Kombat. I’ve played every game on release since ’92, was obsessed as a kid, and even suffered for my art (lest I bore you with my “beaten up in an arcade story” again). I’m really excited for this new game, especially as I seriously enjoyed MKX. But, given the latter title’s shitty ignorance of its PC fanbase, insistence on fan-trolling and, most of all, its love affair with DLC, which included multiple passes that didn’t even contain all the available content, I’m tempering my expectations for the time being.

Mortal Kombat is a sick franchise, which always finds a way to get gorier with each sequel. While the games remain impressive, entertaining and oh-so-delightfully psychotic, it’s the “sliced up for sale” delivery method that ultimately gets my stomach-churning. We’ll be finding out a lot more info next month, so let’s see what’s in store.