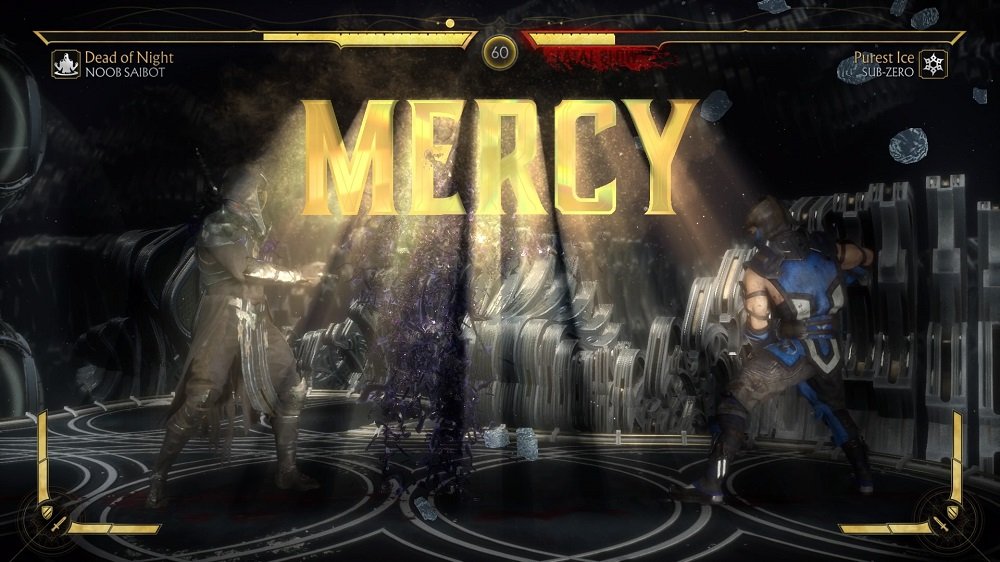 Today sees the launch of NetherRealm Studios’ Mortal Kombat 11, which has had one of the fastest announcement-to-release cycles in the history of the series. But today, eager fans can start delving deep into the game, looking to uncover and secrets and hidden quirks.

Already I’ve encountered a feature from the MK days of yore, as it seems “Mercy” has made its return to the franchise. Debuting back in Mortal Kombat 3, Mercy allowed a match-winning player to grant their opponent a sliver of extra health, giving them one last opportunity to test their mettle against you. Woe betide your pride if you then lost.

In Mortal Kombat 3, Mercy was performed by holding Run, hitting Down a few times, then releasing Run. In Mortal Kombat 11, things are pretty similar. During the “Finish Him/Her” sequence, simply stand just over mid-distance from your opponent, hold Flip Stance before tapping Down a few times and then releasing Flip Stance. Your opponent will then recover a surprisingly high amount of health (as opposed to the original’s one or two hits).

Mercy was used in MK 3 as a necessary step toward performing an “Animality.” As of yet, there’s been no news as to whether Mercy unlocks any such secret features in MK 11 – although there is an achievement tied to it. Still, it’s early days, so who knows what might be uncovered in the coming weeks (or, let’s face it, hours).