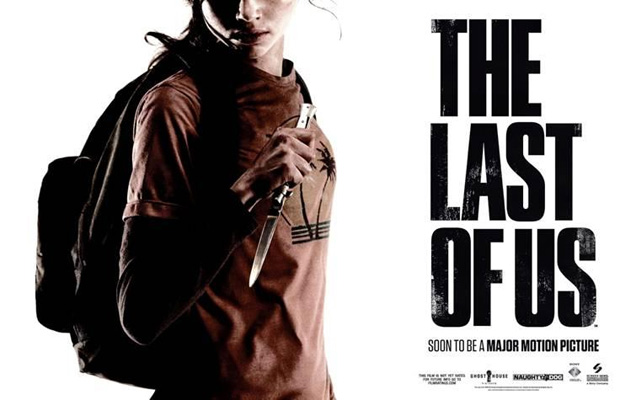 We already knew that a live-action The Last of Us movie was in the works at Screen Gems, but additional details surrounding the project have been announced today at San Diego Comic-Con.

Game co-director and writer Neil Druckmann is writing the script for the adaptation and Sam Raimi (The Evil Dead) is producing. A director hasn’t been named yet — that role will be chosen by Druckmann — but they’ve talked with Maisie Williams (Game of Thrones‘ Arya Stark) about playing Ellie. Raimi also said they’d find a place in the film for Bruce Campbell.

The current plan is for the movie to primarily focus on the relationship between protagonists Joel and Ellie. While obviously not every scene from the lengthy game can make it over,  it’s expected to be true to the source material, for the most part (though the ending might be different).

This is all still years out, of course — but uh, now we’ve got a teaser poster. As some of you mentioned last time, Hugh Jackman (Prisoners) as Joel: do it.