[For her Monthly Musing, Talia shares how video game music can trigger her nostalgia and bring back fond memories of playing games with her cousin. Want to write your own blog on this month’s topic? Go ahead!  — JRo]

I have played a lot of videogames, especially with my cousin. We’ve laughed, cried, and raged over videogames together since I can remember. In our childhood, we used to play a lot of Nintendo games, like Donkey Kong Country 2: Diddy’s Kong Quest. A few years ago, he got a girlfriend, and since then, I lost my best videogame buddy.

Currently, I do not play with my cousin anymore, but I still remember those fun times we once had together through videogame music. One game that really encapsulates many of those moments is Donkey Kong Country 2. When I hear a song from that game, it feels like if I’ve played with my cousin just yesterday. 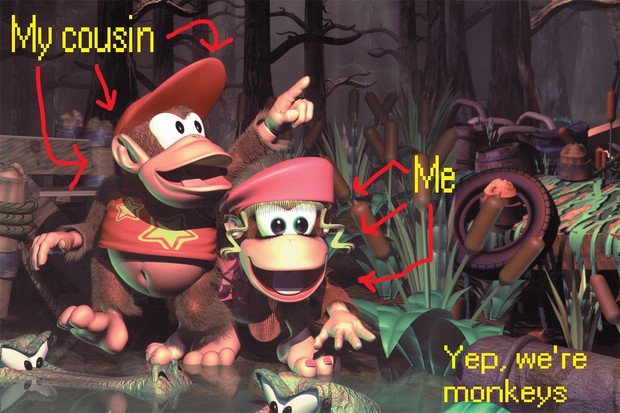 Videogames were our bond. I even call him Diddy and he calls me Dixie. We used to play together from our childhood to about 3 years ago. You know, to be with someone all that time, and then to be alone is tough. That change was really tough. I felt abandoned and lonely, plus I had nobody to talk about videogames or to play with. 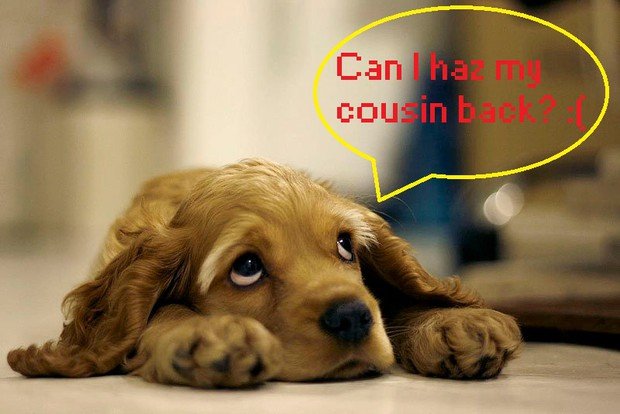 To deal with my sadness, I tried to distract myself by wandering on the internet. As I checked my usual gaming sites, I found a Top Ten about videogame music. Out of all the games listed there, Donkey Kong Country 2 was the one that really called my attention. The writer only had praises for that game, and then he mentioned his favorite song:

When I read that, I was like: ‘What is this thing?’ I looked it up on Youtube and the second I heard it, awesome childhood memories came back to me. My eyes were full of tears in an instant. I just can’t begin to describe how happy it was for me to hear that song and relive all those great moments.

My ears were filled with a relaxing, kind of melancholic melody. The mix of sounds here makes it feel upbeat and melancholic at the same time. The “Stickerbrush Symphony” is perfect for the levels it’s played on. Avoiding those damn brambles on “Bramble Blast” and “Bramble Scramble” is hard as shiz (well, at least for me), but the song really manages to make you want to beat the level even if you die repeatedly. And by repeatedly I mean every 5 seconds.

I must’ve heard that song about ten times. All I did was just staring into nothingness and remember. I remembered how we died on that level over and over again. While at the time we were pissed off and raging like crazy for that level, to remember those feelings brought smiles to my face. Now that I think of it, if maybe we payed a little more attention to the song, we would have not raged that much.

After my nostalgia meter for “Stickerbrush Symphony” was full, I kept looking for more songs about the game. Then I found “Hot-Head Bop”. The tears were out yet again.

“Hot-Head Bop” mixes music elements with bubble sounds. At the beginning of the song, it sounds pretty generic with the usual drums, but then a beautiful, piano-like sound comes in. The song acquires a sad feeling at that point, but it just feels completely appropriate.

“Red-Hot Ride”, one of the levels where “Hot-Head Bop” is heard, is my favorite level in the whole game. The level is mostly consists of riding a balloon in a lava field. I can still remember the first time we played that level, as my cousin didn’t know how to ride the balloon, and my advice helped him find out how to do it. That memory of being useful to him when he didn’t know what to do is just, priceless.

I had to keep reliving those awesome times, so I kept searching. I then heard “Mining Melancholy”. I remember how we liked to hum that song, it was super cool for us. Oh, just so you know, I cried again.

The “Mining Melancholy” is probably the catchiest song in the game. The initial sounds, the drums, it makes me wanna dance. I have no idea why it was named “Mining Melancholy”, as this song is the complete opposite of melancholic.

“Kanon’s Klaim”, one of the levels where “Mining Melancholy” is heard on, is really fun. While the level is sometimes hard, as enemies are placed on tricky positions, the catchy song makes it a please to play. I remember that we died a fair amount of times at that level, yet we didn’t mind it because of the song. I even think my cousin sometimes killed Diddy intentionally just to hear it one more time.

Later, I heard “Bayou Boogie”. That song is bad to the ass. I didn’t cry with this song at all because the awesomeness was too much to make me cry. Hear for yourself:

The cricket and frog sounds are a little misleading at first, but when the beat starts at 0:46, the shit gets real. I just get an irrational the feeling of EXTREME BADASSNESS. The song is played at swamp levels, so the insect sounds really set the mood. The only thing I can remember from those levels is that when we played them, the song made me want to kick the enemies’ asses.

Other song that really got to me me was “Krook’s March”.

On “Toxic Tower”, one of the last levels of the game, “Krook’s March” is heard. This song gives me a feeling of: “This level is hard as hell but if you concentrate you can beat it!”. “Toxic Tower” is indeed, hard. The player must go through the level not as one of the monkeys, but as the pets (they are a little bit harder to control), AND has to beat it fast because toxic liquid is rising through the tower quickly. Obviously if you touch the liquid, you die. The person who designed that level probably had a lot of anger in him/her.

When you get the Game Over screen continuously at this game, you’re probably playing “Toxic Tower”. I honestly hate this level, but I love “Krook’s March”. That level was frustratingly hard for us. Luckily, the song gave us the power to actually beat that frustratingly hard level.

Of course I heard more and more songs, some of them are “Forest Interlude”, “Lockjaw’s Saga”, “In a Snow-Bound Land” and well, the rest of the soundtrack. I could keep naming them and telling some of my memories, but then this post would be pages long.

While these songs are bunch of MIDIs, to me they’re some of the best videogame songs ever. David Wise deserves a bazillion awards for this songs. They blend perfectly with the levels they are heard, and not too many games are capable of that. Incredibly, each song gives a different feeling, whether it’s calmness, badassness, melancholy, happiness, or sadness. 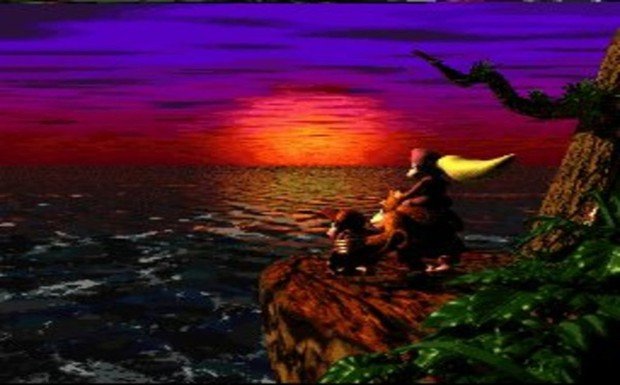 This music is more than just noise. These songs are masterpieces that remind me of great moments in my life. Unfortunately, playing with my cousin in the living room is not going to happen anytime soon, but at least I can relive those times by only listening a small part of these beautiful melodies. You may say I live in the past, and maybe I am, but when I feel down, these songs definitely, make me happy.

Please, if you haven’t played this game, at least give it a try. Its graphics, music and gameplay feel updated for a game made in the 90’s.

So guys, what other videogame songs do you like? Do you like any song from DKC2? Do I ask too many questions?