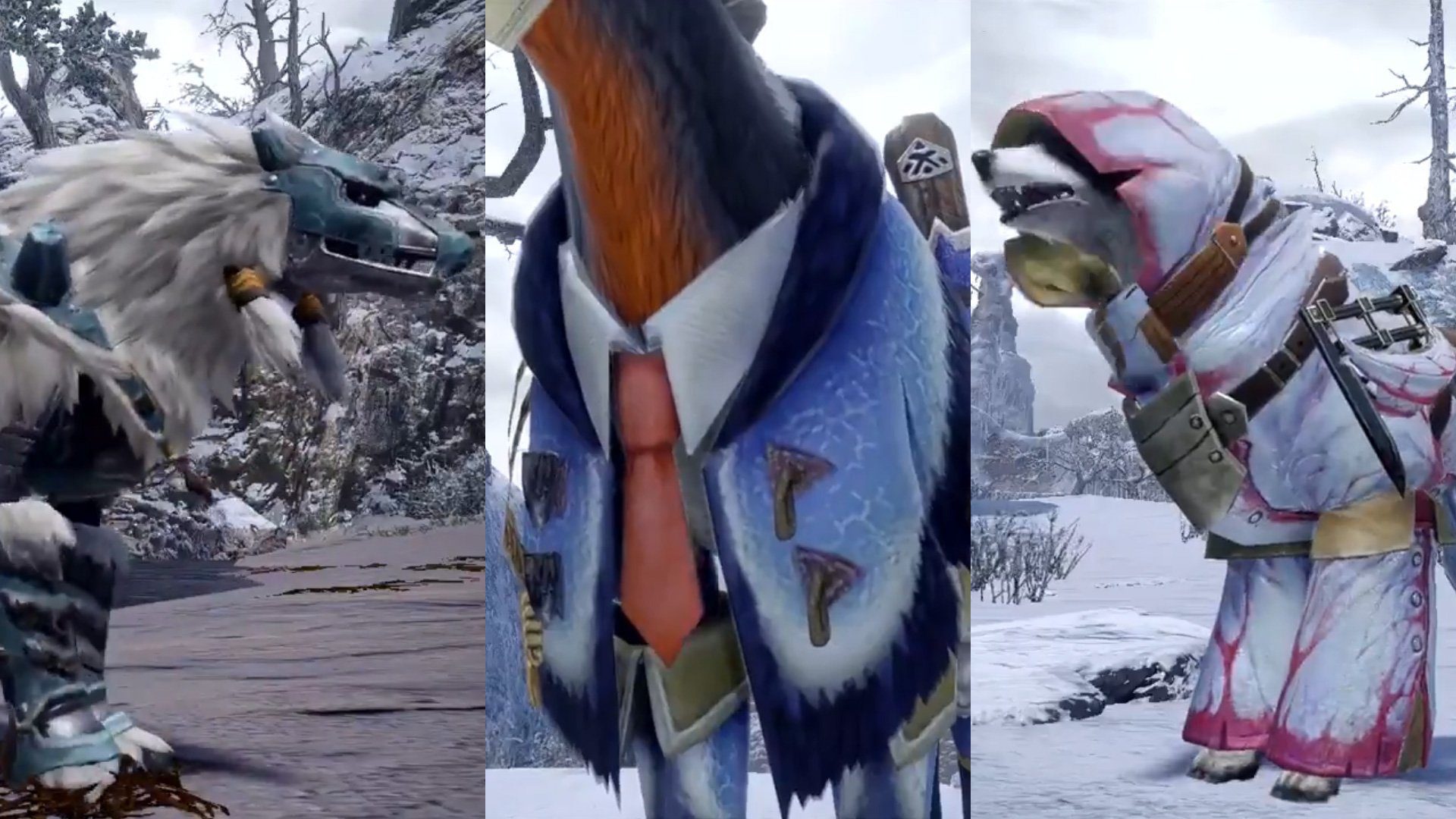 Monster Hunter Rise is now a video game about crafting the best-looking armor for my Palamute.

Forget my Switch Axe, forget the grind, forget the thrill of hunting with strangers – my dog needs to look fresh. Just one problem: there are too many good choices and I’m never going to settle on a single look. I eventually got over that analysis paralysis with my Palico in World, but this will be even tougher.

A Palamute armor round-up surfaced on my Twitter feed this week, and I haven’t been able to shake it. Capcom posted a similar recap last November – it didn’t wow me. This gear, on the other hand… 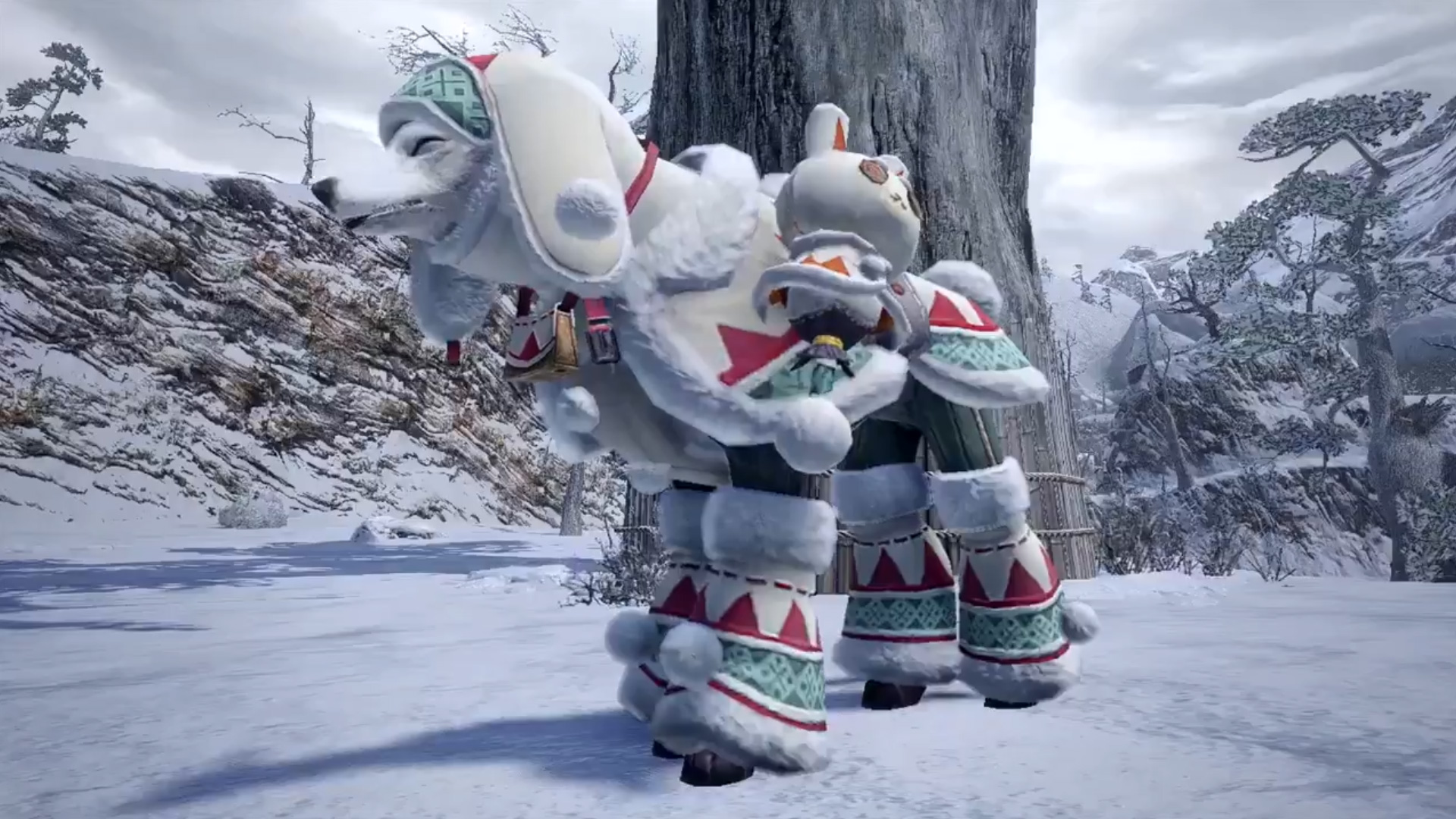 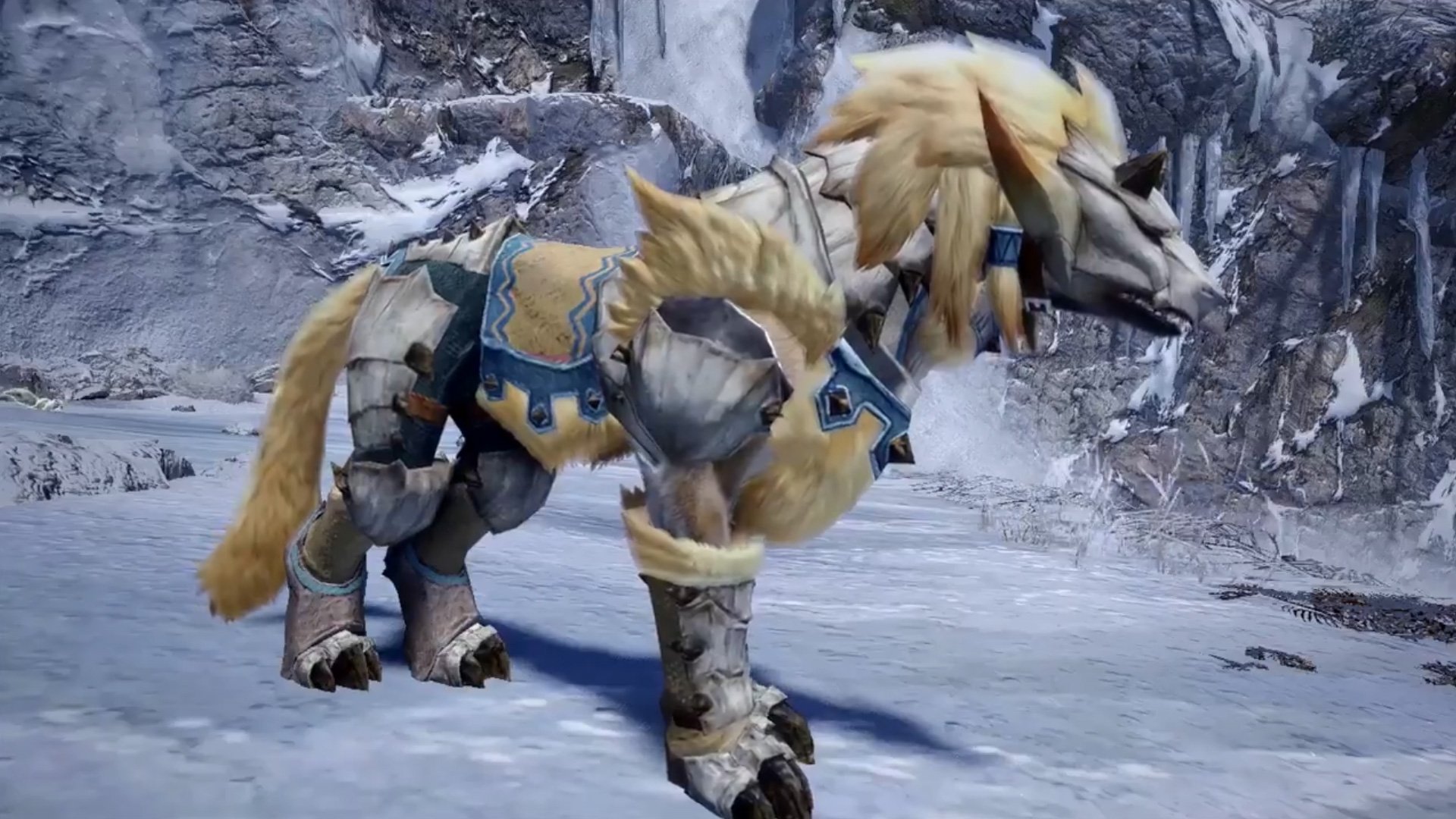 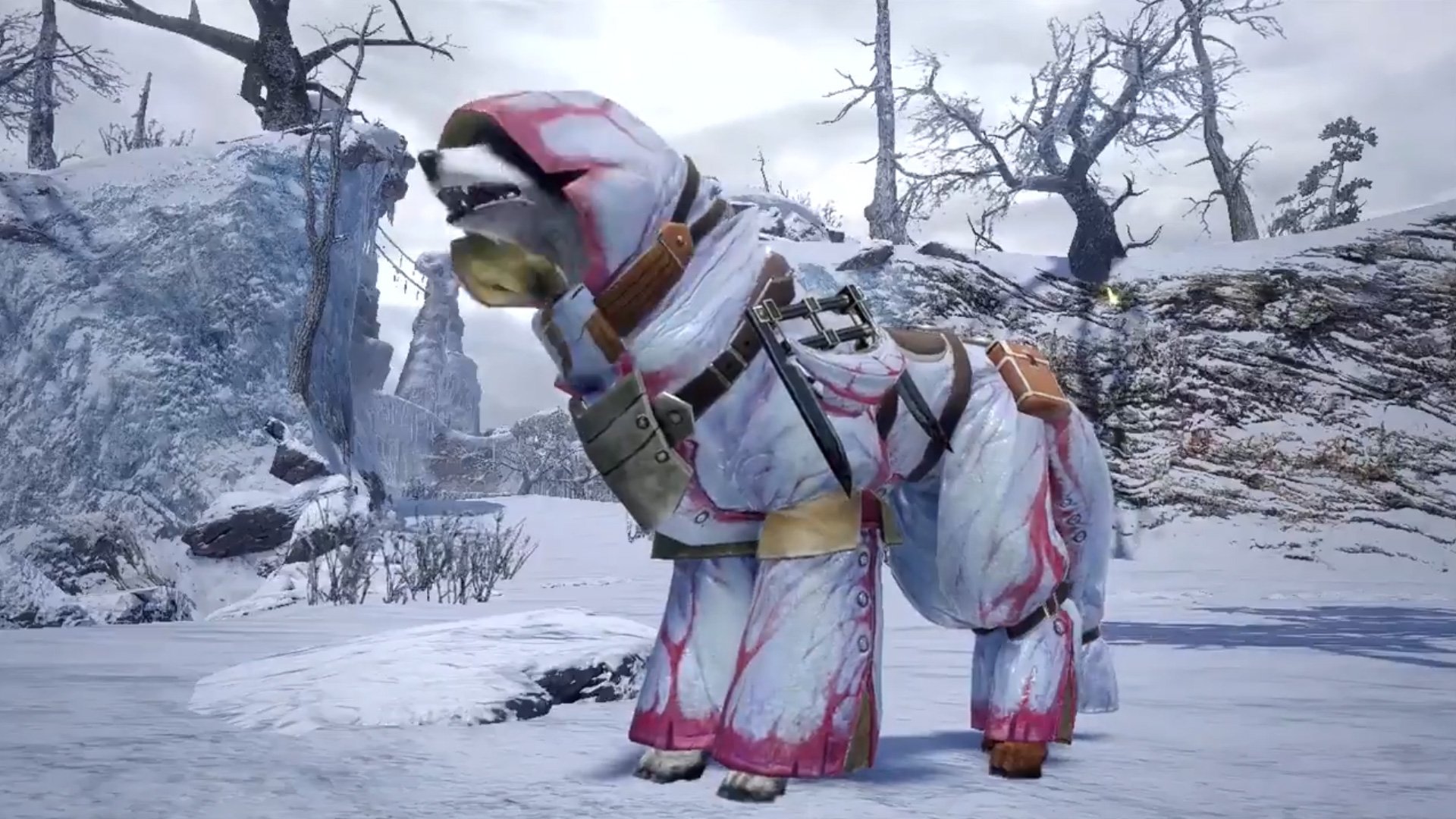 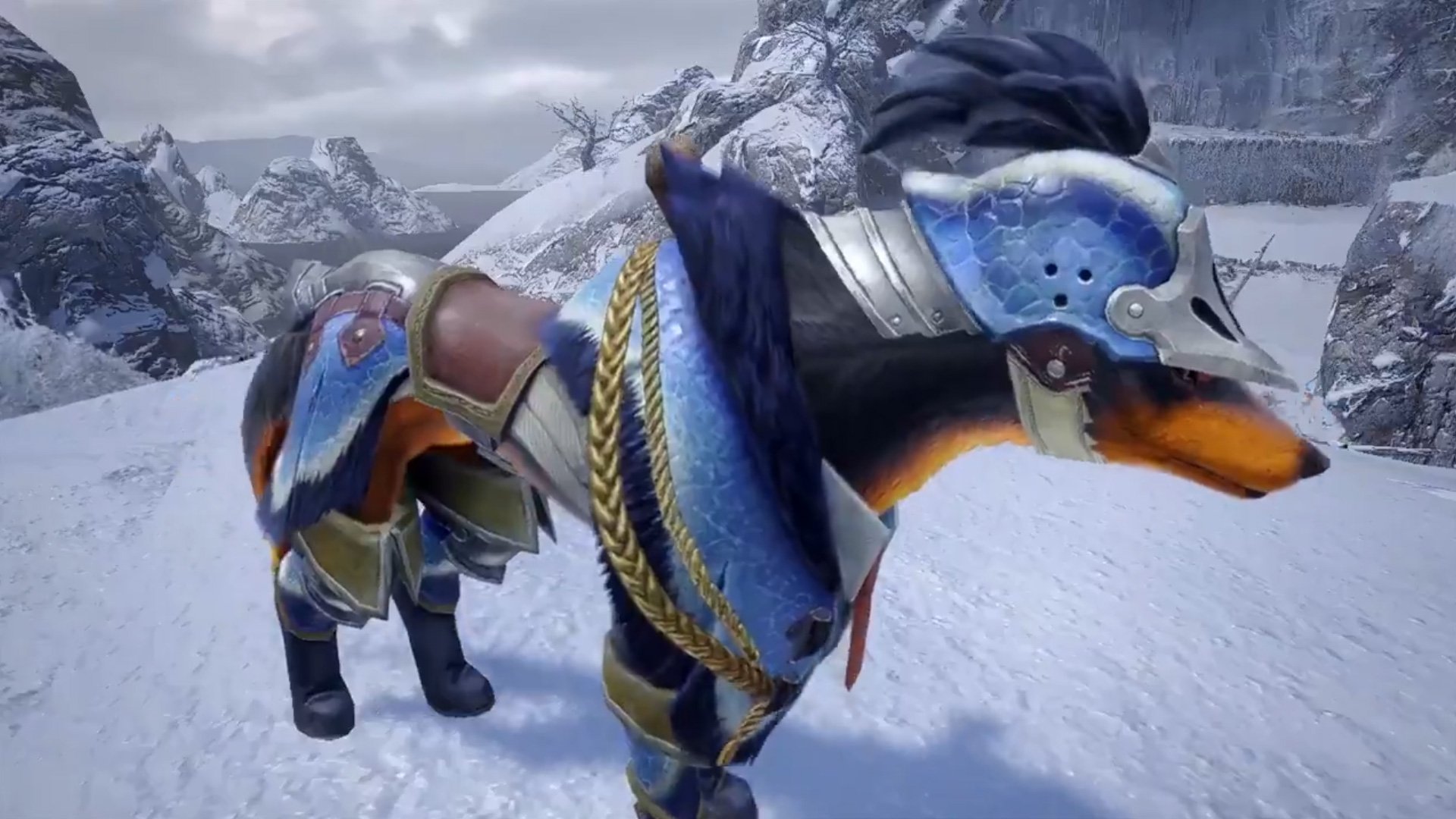 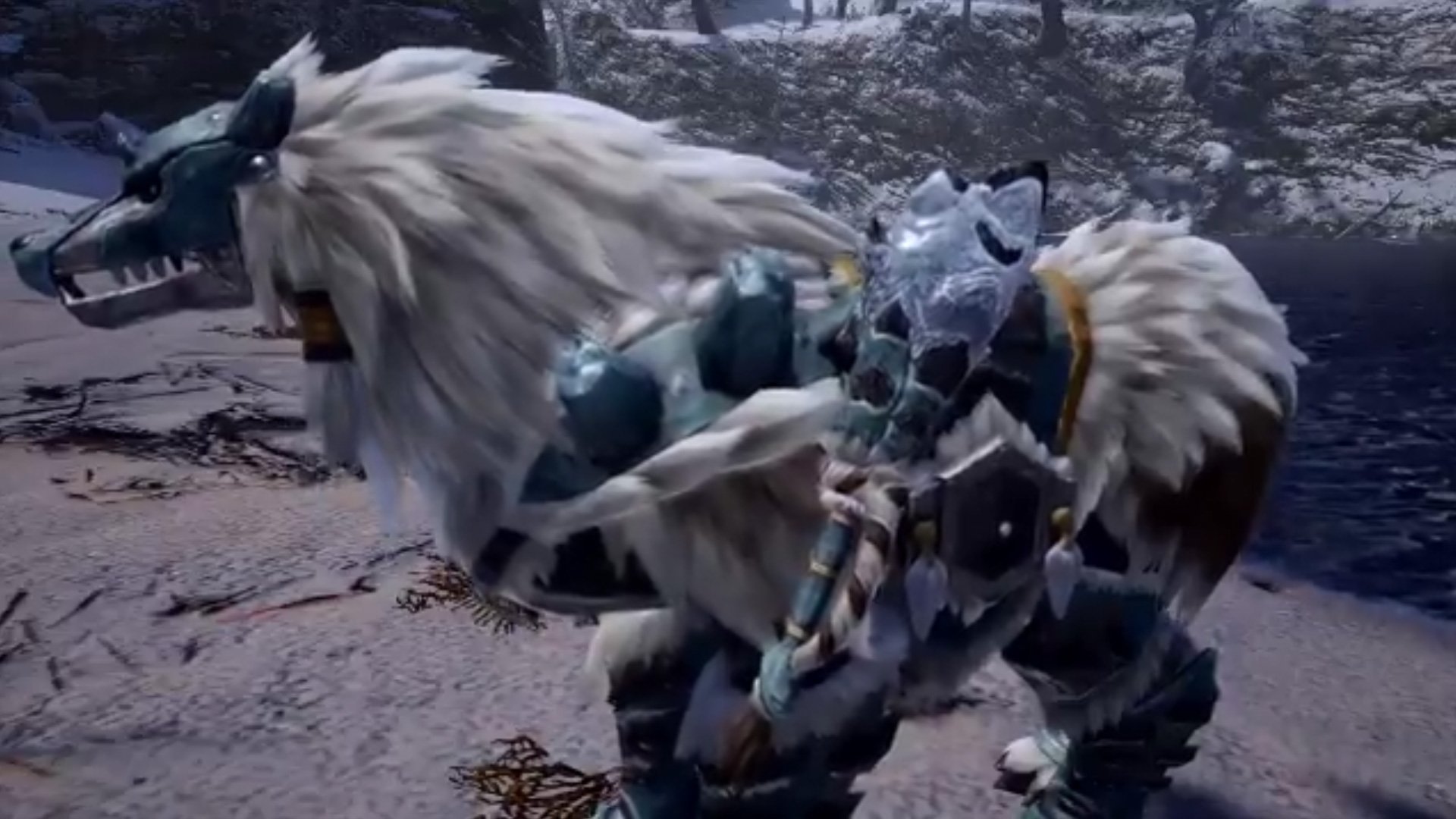 This is what it’s all about. This is worthy of a half-covered Do it For Her plaque. Eye on the prize.

Like many of you, I got around to playing the demo even though I was pretty sure I’d enjoy this game as is. I like Rise‘s whole vibe more than expected coming off of the big and bold Iceborne, which is running better and loading faster than ever for me now that I’ve moved it over to PlayStation 5. There was an adjustment period, for sure – Capcom had to make trade-offs on Switch – but it’s nothing I couldn’t adapt to during the demo, and that potential concern is no longer sitting in the back of my mind.

Instead, my head is completely filled with these Palamute sets, to say nothing of crossovers Capcom could and should create. I didn’t expect to see a Palamute wearing a tie, but if that’s the starting point, as it were, imagine where things could go next. There are plenty of monsters left to confirm for Rise.

I’ll continually brutalize every last one of these beasts for my pooch. That’s the true endgame.