I had waited for weeks. Weeks. It was a pretty cold and miserable night in late October 2000, but the homework was done and I was ready. You see, weeks back I had filled out a Nintendo Power pull-out, dropped two or three $20 bills into an envelope, and was waiting for my prize. Hours went by, and I was checking the doorstop every ten minutes to see if FedEx had come by. Finally, much later than usual, I opened the door, and there it was: Pokémon Silver, sitting in a box waiting to be opened.

That night will go down as the de-facto gaming experience of my childhood. Pokémon wasn’t just something I played, it was something I lived. My early web surfing life was full of checking out Pokémon sites to find out about the latest monsters to be uncovered. It was more than just Pikachu; it was Totodile, it was Marill, it was three wandering dogs and two dangerous birds. Never again has a game impacted me like that. No following Pokémon game could ever compare to that, and none would ever hold my imagination like that.

Now, Nintendo has done the worst, and forced my childhood to come back with a vengeance. Pokémon HeartGold and SoulSilver are due to be released in the States come March 14, and as luck would have it, this is the only Pokémon game I have wanted to play in the last ten years. While things are not that different, it’s enough to make me pay attention and want to shell out for this game. Hit the jump for my hands-on.

It has been a while since I was a hardcore pokémaniac, and my life has changed over the last ten years since Gold and Silver released. Pokémon has changed as well. With the addition of new contests and events, 2v2 battles, in-depth breeding guides, multi-level trading opportunities, a worldwide trading network, and more, HeartGold and SoulSilver is more than a remake; it’s the culmination of almost every feature of any Pokémon game ever before.

That means a lot for fans. When a Nintendo rep says “anything that was in a previous Pokémon game is in this game,” they ain’t lying. Cell phones, day/night cycles, two continents, loads of Pokémon: everything here is the same as the originals, but brightened up with some new graphics and spit shine. 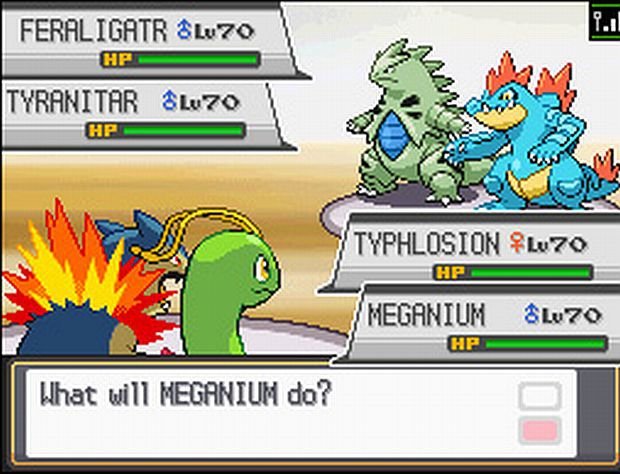 One of the neatest new features is pulled from Pokémon Yellow. In that game, Pikachu would follow you around, and in HeartGold and SoulSilver, your lead Pokémon will follow you outside in the over world. It’s a small feature, one that only offers a few benefits, but it’s a fun option for making the game feel different and better than the rest.

Another important element of this game comes in its relation to the DSi. As you know, the DSi lacks a Game Boy Advance port, which means that transferring Pokémon from the GBA games is now mostly an impossibility. HeatGold and SoulSilver solve this problem, easing one step for those that need every single Pokémon.

Graphically, the game is leaps and bounds over the Game Boy Color original, and slightly better over Pokémon Diamond/Pearl/Platinum. Towns and routes have minor wind and graphical effects, and certain areas, such as Ho-Oh’s burned tower, have really nice tree effects. Everything looks better than any other Pokémon game before it, but it’s not anything that is going to blow some minds here. 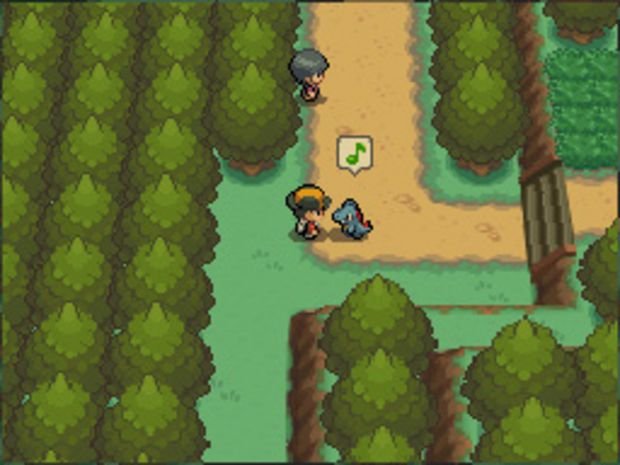 Another cool feature is the addition of the pokéwalker. Building off the old Pikachu walkers/Tamagotchi knock-off, the pokéwalker comes with the game free of charge. Players will have the option to take a Pokémon from their game on a “walk,” and considering that it is actually a pedometer, walk they will. Every step that a player takes will be converted into experience points or something called “watts.” Watts can be used to gain special items, and can also be used to battle and find Pokémon in the tiny game itself. It’s weird, because it feels like a very bare-bones throwback to the original Pokémon, but for people who always need to be connected, it should be a lot of fun.

Also, it interacts with the DS game through a special IR sensor on both the pokéwalker and the DS cartridge. Two players with pokéwalkers will be able to do a sort of “mystery gift” exchange by IR flashing each other’s pokéwalkers. It’s a nice feature to be sure, but I suspect the pokéwalker is designed to discourage players from pirating the game, as well as let people cling to their favorite little monster all the time. 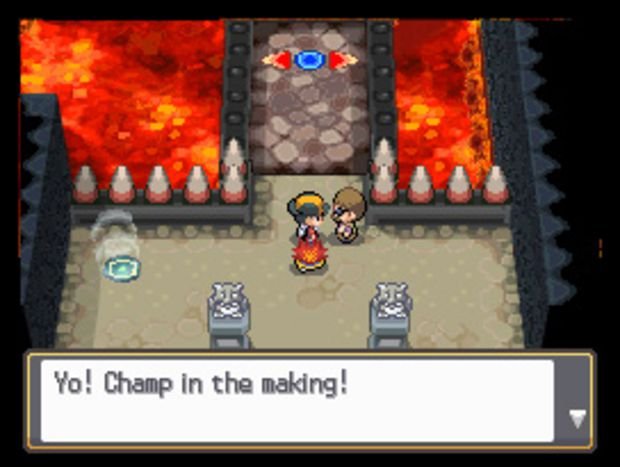 It is a little unfortunate that the sprites and audio haven’t seen any major updates. In battle, things look pretty much exactly the same as Diamond/Pearl/Platinum. Fans hoping for a faster, less complicated, or more dynamic game might want to pass on HeartGold and SoulSilver. This game is pure fan service, and fans are more than happy with what is largely the “same-old-same-old.” Is that bad? Well, probably not, as the series has done very well resting on its laurels, and it’s not a stretch to claim this as probably the best Pokémon game ever. It just doesn’t look like it’s doing anything terribly new with the franchise. Maybe we just don’t need to ask for anything more.