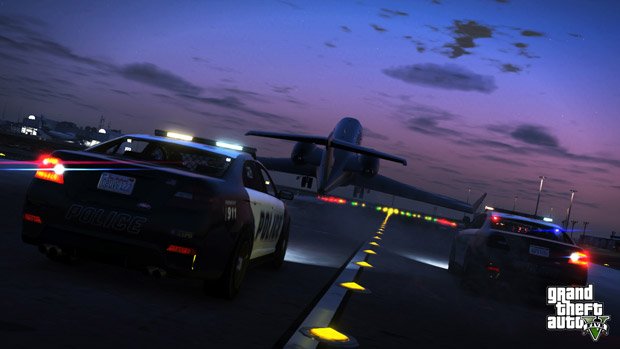 Way to make us feel insignificant

Rockstar North alone has a staff of around 360. But that’s nothing compared to the number of people who worked on Grand Theft Auto V. According to president Leslie Benzies in an interview with Develop, “it [now] takes 1,000 people to make a game, that’s a requirement.” Actually, “It’s probably more, much more” in the case of GTA V.

Of course, that’s spread across multiple studios, which is “the way we work now,” says Benzies — “everyone works on GTA, or Red Dead, and so on, then we move on to the next thing. And that’s because of the size of the thing, we are modelling at such a minute detail. Once upon a time the car models have four moving parts. Now there are 15 alone in a car’s retractable roof. The detail is ten, twenty times greater than GTA IV, so it takes ten, twenty times more people.”

“Sure, there’s more people, and the roles have become more specialized, but we’ve made sure to keep it open,” explains studio director Andy Semple. “I think all of that is reflected in the game — everything is so seamless and connected because of the way it is made. We don’t see it any other way. The investment of effort we put in — creatively, emotionally — you just cannot afford to isolate sets of people.”

To that end, Benzies notes that ideas can come from the bottom up at Rockstar North. “If they are good ideas, that is. If they’re shit we’re not going to do them.” I can only imagine what management of such a substantial team looks like in practice. Not to mention the ensuing pressure. They pulled it off, though — GTA V has already earned $1 billion in sales. Now, let’s get GTA Online fixed.