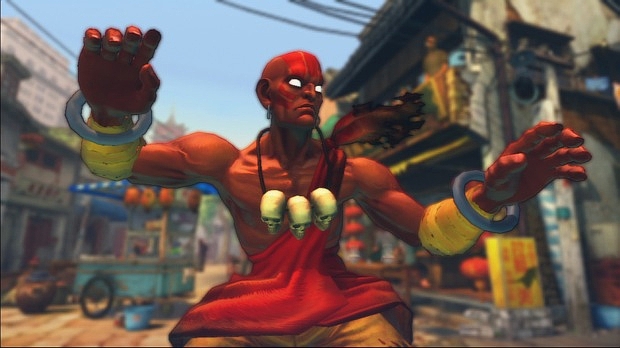 While we wait for more concrete info on Ultra Street Fighter IV and its ultra secret fifth character, more information on tweaks for existing characters are steadily rolling in. Although nothing is final, and everything is subject to change if it doesn’t test well, Event Hub’s Jason24cf has reported a number of modifications — this time involving Akuma, Dhalsim, and C. Viper.

In the current meta, Akuma is a very popular tourney character (and my current main of choice as I re-learn the game), and it looks like he might be getting a few reasonable nerfs. Specifically, he may have an increased recovery on his retreating air hadouken, he can’t Focus Attack Dash Cancel (FADC) his Shoryuken’s second hit, and he can’t option connect into his first Ultra.

Dhalsim is reportedly getting a straight damage increase, while C. Viper is getting a better hit box for her crouching medium kick (which should improve her poke/confirm game), but she also has an increased recovery on her Burn Kick and can be comboed out of it easier.

All these changes aren’t final, but they’re a taste of things to come for Ultra, as Capcom is claiming that they want underpowered characters (like Dhalsim, currently) to have a fighting chance in tournies, rather than simply heavily nerf all of the viable ones.

• Akuma has increased recovery on jump back air Hadouken.
• Can not FADC Shoryuken on 2nd hit.
• Can no longer option select crouching Heavy Kick into Ultra 1.

• C. Viper’s crouching Medium Kick has better hit box.
• Burn Kick has increased recovery.
• If hit during start up of Burn Kick, C. Viper is considered grounded and is open to full combo.