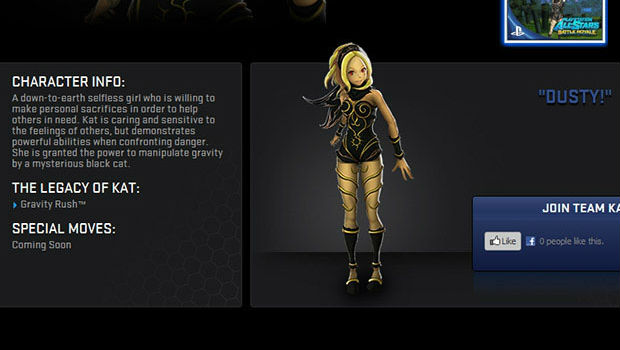 A new level, and minions

We already knew that Kat from Gravity Rush and Emmett Graves from Starhawk would be free DLC for PlayStation All-Stars Battle Royale, but of course there are more plans beyond those two characters.

In addition to 18 “minions” (which are essentially cheerleaders that do nothing), there’s also a DLC level that involves Heavenly Sword and WipEout in the works. Keep twisting that knife on WipEout, Sony. No pricing is announced, but I bet it’s going to be a few bucks for the level, and like the skin packs, the minions will have a bundle (according to reports, six per pack).

I actually still play this game, and I’m looking forward to the free DLC. If I have a free moment, I’ll pick up my Vita and start playing — I think it’s still held up, and there’s a good amount of people still playing online.