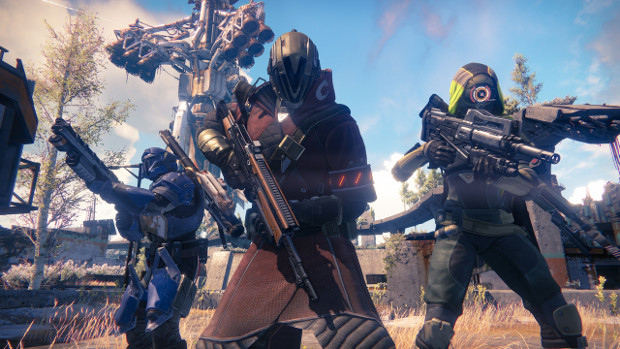 I wonder what the adoption rate is for second screen experiences

The cat is out of the bag so to speak on Destiny. Although we knew next to nothing about it just a few months ago, we’ve since seen the PS4 alpha, and now pretty much everyone and their grandmother is going to get in on the beta this month.

Bungie has shared a bit more info off to IGN regarding the companion app, which will arrive for testing with the beta. It’s mainly served as an information provider, allowing you to read more about the game’s inhabitants, lore, and weapons.

The only versions that will be supported during the beta is the iPhone/Android platforms, with the iPad version to follow at launch — there is no word on an Windows Phone edition. Expect the beta to drop on July 17th for PlayStation players, and the 23rd for Xbox owners.