And we need a new Pokemon Snap, too

inFamous: Second Son saw an almost benign update with Photo Mode last week (hashtag many filters). With it, you’re photografree to turn off the HUD, adjust depth of field, change time of day, and, well, take pictures. Pictures of stunning digital vistas and creepy monster teens. It’s like you’re a member of the Ansel Adams Family.

It’s in some ways an extension of inFamous 2‘s user-generated missions, which stemmed from Sony going hard on the “Play, Create, Share” campaign after the success of games like LittleBigPlanet. It’s also a natural extension of a thing a lot of games already had — level editors — now even more useful with the ability to share levels with everyone.

And it’s a great idea, equal parts a smart business decision and a fun, artistic tool for letting you make screenshots that second stun. 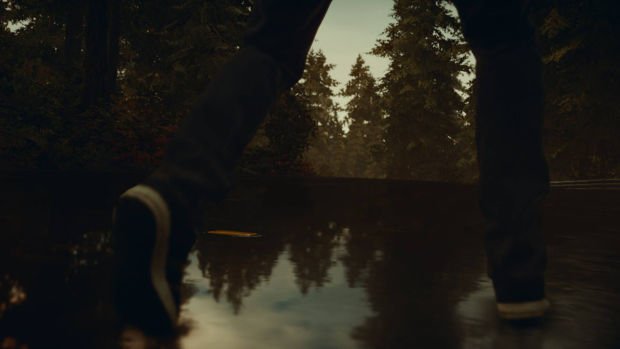 Hopefully you have seen Dead End Thrills. It makes games sing. Even not so great games. More often than you might think, publishers don’t capture great screenshots, which feels like a waste of years of slaving over a hot modelling computer. Dead End Thrills is all about artistic shots. And that’s what Second Son‘s Photo Mode is about. Just look at the Twitter hashtag. Or this NeoGAF thread.

Of course, Photo Mode might also exist for the same reason the Share button exists: virality and marketing. Sucker Punch has unleashed an artistic tool that is fun to use, but also gets people tweeting and sharing pictures of its game, keeping it in the public consciousness for longer and likely encouraging people to buy it.

It’s advertising, apersure, but it’s advertising I can get behind. Let people be creative and show off cool things. On the other hand, I think we can f-stop with auto-tweeting high scores or anything from Raptr ever. 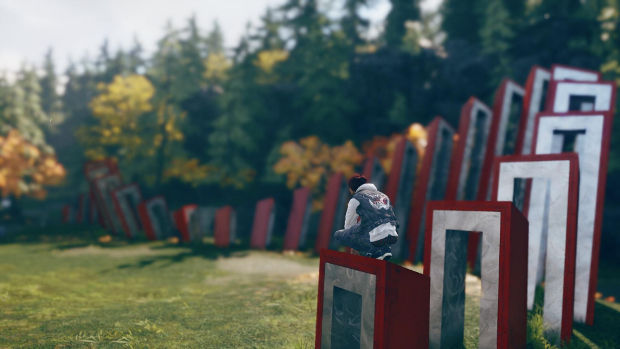 When Super Smash Bros. Melee was my il pane quotidiano, we always came up with meta games within the confines of a match. That’s part of Melee‘s fun: user-generated gameplay. You could choose item sets and their frequency, completely changing matches. Provided you weren’t always a stodgy khaki wearer and only played it as an item-less competitive fighter. It even offered modes like giant melee, lightning melee, and single-button.

Then of course there are self-imposed changes. Playing DK Island: Kongo Jungle and fighting for supremacy of the rock that juts out on the lower right. Playing baseball with Ness by throwing Kirbys and Jigglypuffs. It’s about using tools to make your own fun.

And even without a special Photo Mode enhancement suite, one of the meta games we did in Melee was randomly pause the game within matches and cycle between characters, hoping we’d caught a hilarious face or a cool Rocky III freeze-frame punch. And yeah, Melee is like 15 years old so, yes, there were some intentional Yoshi plays to catch him pooping people out in eggs or licking butts. 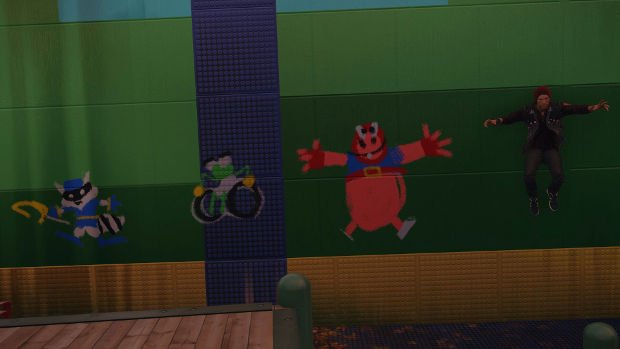 Second Son‘s Photo Mode was a great move by Sucker Punch. It conceivably helps its game do better with something that is fun for us and yields cool results. Maybe I’ll get tired of Second Son screenshots, but I haven’t yet.

Seriously, Nintendo. Make another god damn Pokemon Snap. Yes, this is a total rider of an issue, but we’re talking about videogame photography and Pokemon Snap is great! Despite releasing a console with pointer controls, Nintendo couldn’t have another one made? But there are three Pokemon Ranger games and like five Mystery Dungeons?