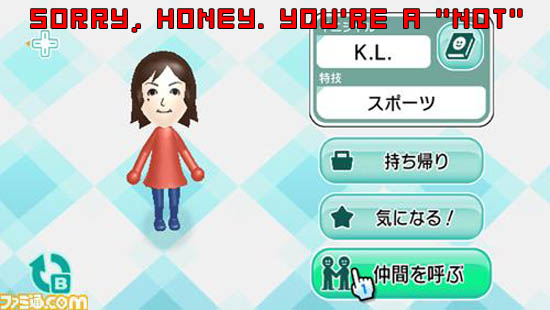 Here is a couple more gems from the Fall 2007 Nintendo Conference in Japan. More are coming down the line.

We just told you about a new DS download channel (called Everyone’s Nintendo Channel) for the Wii, and now another channel looks to be the “Hot or Not” of the Nintendo world. The Mii Contest Channel is a place where you can show off your Mii creations to everyone else in the world, letting them judge the quality of your designs in a couple of contests. You can also pull down your favorite Miis for personal use.

A new Famitsu story also gives us some details of a few new puzzle games coming to the Wii, including images of something called Dr. Mario & Bacterial Eradication. This game will let you use a lab-coated Mii to battle up to 3 other players at the same time online. A Wi-Fi Wii update of Nintendo’s classic puzzle game seemed like a no-brainer to me, so I’m glad to see that they finally got on this.

It looks like the Everyone’s Nintendo Channel and the Mii Contest Channel will go live in Japan sometime in November of this year.

Oh, and the Pokemon Ranch Channel looks to be the scariest thing I’ve ever seen on a Nintendo console.