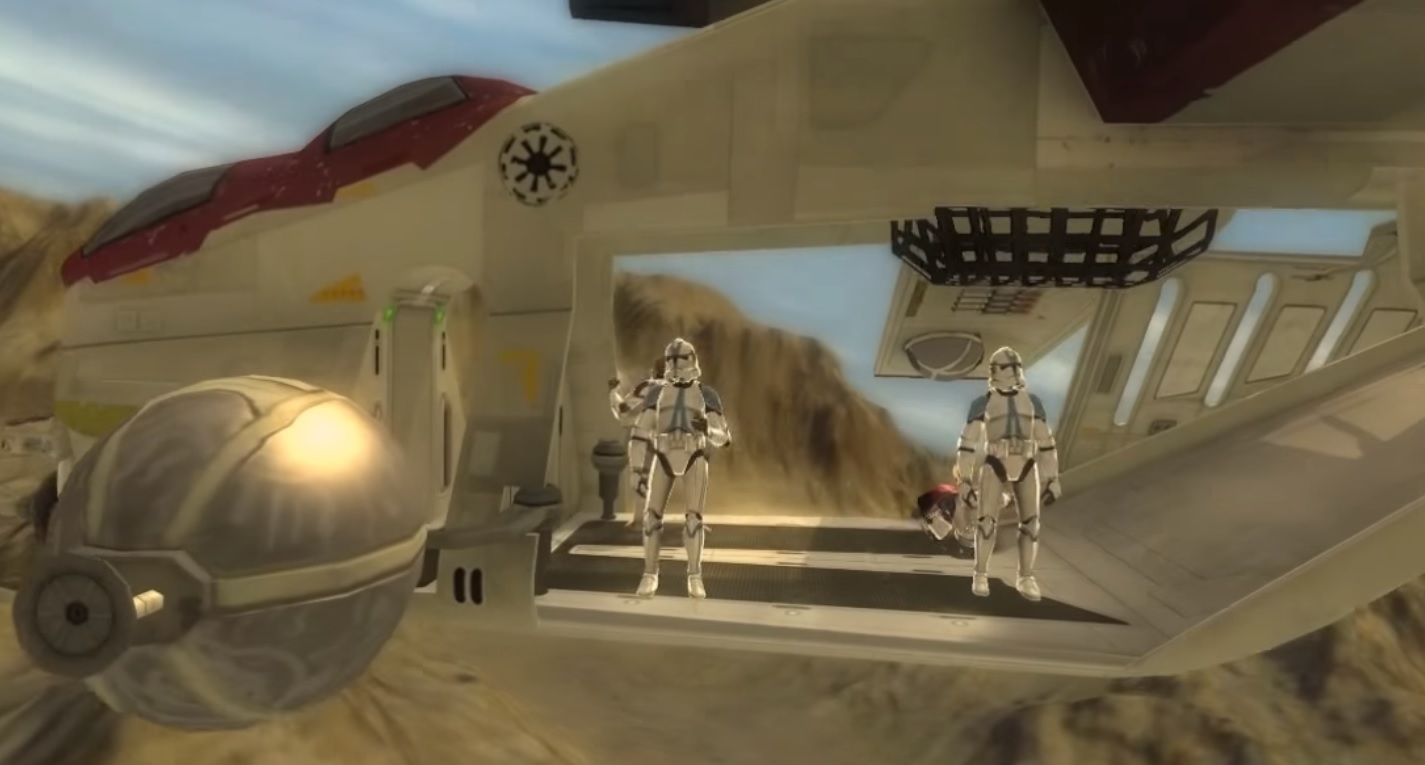 Now THAT is how flying works

Remember a couple of years ago when footage was leaked of pre-alpha gameplay for the now-cancelled Star Wars: Battlefront III? Well more footage from Free Radical’s third entry in the series has been leaked from a supposedly more finished build, which can be seen above.

The audio in the video has been mostly muted due to copyright reasons, but you can still get a glimpse at Luke Skywalker and some awesome space battles (which are missing from EA’s Battlefront). It hurts to see what could have been, especially when I don’t think the new game is all that great.