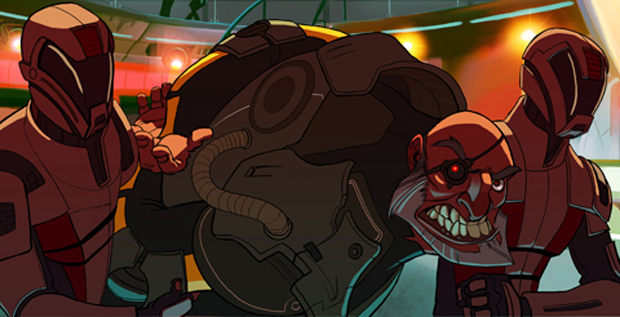 Since the cat is effectively out of the bag on the forthcoming Mass Effect iPhone game, Bioware capitulated and decided to give a little bit of further information. The game, titled Mass Effect Galaxy, is a top-down shooter that takes place between Mass Effect and Mass Effect 2, filling in a little bit of the continuity gap. The game is intended to provide background information on two figures who will be appearing in Mass Effect 2, the hero Jacob Taylor — a biotics-enhanced soldier who was present at the Geth attack on Eden Prime — and a yet unnamed character.

Being Bioware, story is obviously going to be a big part of the game. Players will be using conversation trees much like those in the console releases, although very stripped down by comparison. In keeping witht he more simplified approach necessary for an iPhone game, cutscenes will be presented in a 2D, graphic-novel style format.

When we get more information on it, so will you.