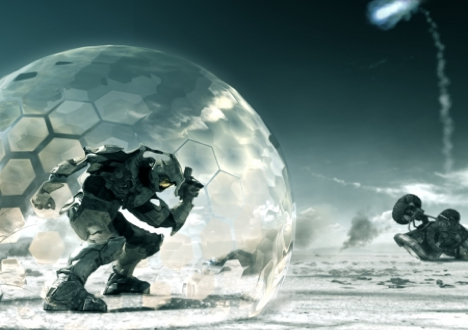 Recently, iTwire reported on something fairly irreverent. As of a few days ago, the kill count in Halo 3 has reached a number so high that it has eclipsed the amount of people living on the planet. While this should probably be a cue to take a moment of calm reflection on what we do with our lives, one cannot help but admire the senseless slaughtering that has gone on in Halo 3.

An astute Bungie forum member was the first to think about the numbers involved. According to the U.S. Census Bureau’s Population Clock, the Earth now has 6,707,128,707 people in it. Bungie’s kill counter for Halo 3 lists 6,852,762,021, and that’s just for enemies. Add in another 1,197,119,900 friendly kills and you have a wholly awesome number. Not included in Bungie’s system, but probably still eclipsing the population mark, is the number of times dead people were teabagged or called some sort of racially insensitive remark.

That said, I am always personally amazed at the dedication that Halo players have to Bungie and their favorite series. The mere number of kills speaks volumes about them. I am sure that over the years, Counter-Strike, Unreal, and other popular shooters have logged many more deaths than this, but I find it fascinating that a console FPS could stick around long around enough to have this kind of tally.