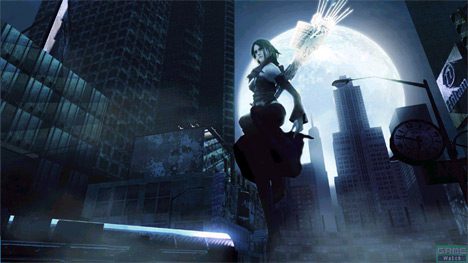 Amidst the Gears of Wars and the Viva Piñatas and the GTAIVs, some of you might have forgotten this one upcoming 360 title I’ve been monitoring religiously for news updates, info, screenshots and the like for a while now. This game alone (well, OK … maybe alongside Assassin’s Creed) makes me want to go out and buy a 360 right away. Yup, that’s right. It’s Bullet Witch.

The Game Feed recently got hold of Jeremiah Cohn, Product Manager at Atari, to ask him a few quick questions about the title. Here’s some of what Cohn let out of the bag:

TGF: What do you intend to incorporate into the game to make it stand out from other third-person shooters?

TGF: What kind of development went into creating Alicia’s enemies and the entire story? Were there any elements of certain sci-fi or horror movies/shows/stories that influenced this?

Cohn: Similar to Alicia, the enemies in Bullet Witch are a mix of Eastern and Western mythos. In appearance they look something like militaristic zombies, but they are very clever, fast-moving and well organized. All the monsters are actually demon-possessed people and the vices and fear of the possessed manifest themselves in the physical appearance of the demons. This makes for some very interesting enemies for sure!

You can check out the entire interview at the link above. Cohn answers some questions that are bound to be on the minds of those of you awaiting the game’s U.S. release. I just hope they have all those awesome costumes available on-disc when the game releases, but it seems pretty doubtful, considering they’ll want to shove as many achievements into the game as possible.