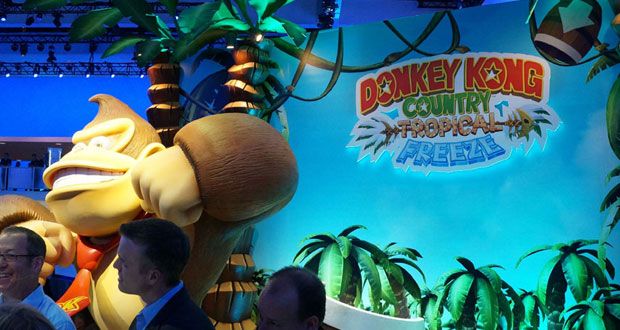 We were able to confirm at the Wii U software showcase this morning that David Wise will in fact be collaborating with Kenji Yamamoto, whose name has been associated with the Metroid series (including Super Metroid and the Prime trilogy) in the past. Retro Studios audio director Scott Petersen will also be joining the team, bringing together the best of both music worlds: DKC of old and Donkey Kong Country Returns.

This is another great title that is just begging for a soundtrack release. Will you be looking forward to something more along the lines of “Stickerbush Symphony” or “Aquatic Ambiance?”