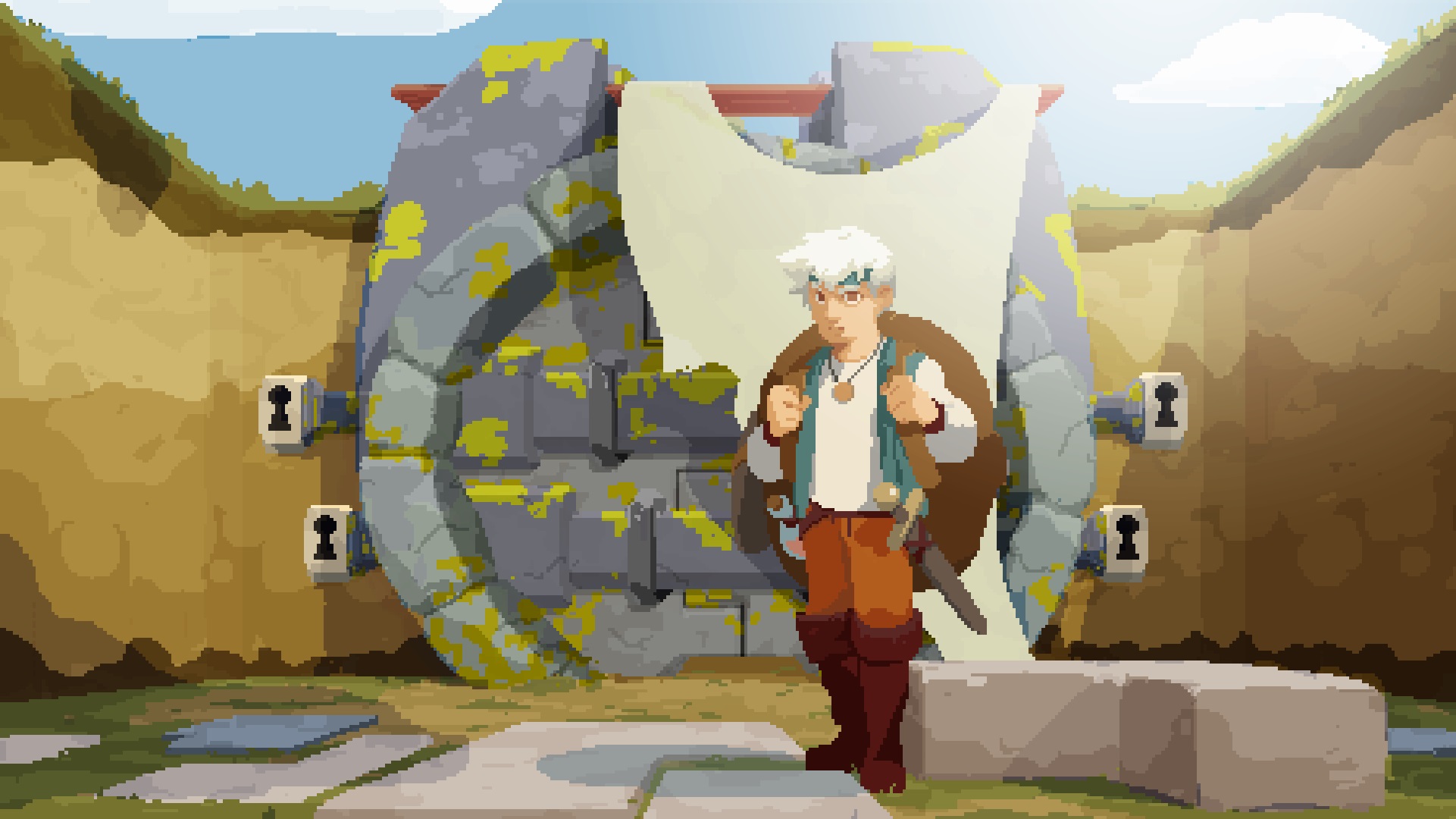 Get Rich or Die Tryin’

Dungeon crawling is inherently selfish. They’re a bit of video game risk versus reward in the sense that they exist to test the player and (theoretically) leave them better equipped for future challenges. They play to a loop of constantly improving the hero so that they can take on tougher foes.

Moonlighter uses dungeon crawling in a different way. At night, protagonist Will takes to the randomly-generated enemy-laden dungeons in pursuit of loot — just like in most other games. However, the aim isn’t to finish the labyrinth. Instead, it’s to extract before dying. That’s because Will has big plans for that treasure. He’s going to sell it.

Although he’s a hero by night, Will is a shopkeeper by day. He runs a bustling general store in town, and he uses everything he collected in the dungeons to pad his bottom line. Talk about pulling yourself up by your bootstraps.

Capitalist fundamentals are in full effect in Moonlighter, as Will has to figure out the perfect price to sell all of his items at. There’s a store log that’s updated every time a sale is recorded, and it marks how happy the customer was with their purchase. If their eyes are lit up with coins and delight, you probably sold it too cheap; if they’re all pissed off, you probably made it too expensive.

Finding the sweet spot is essential to a thriving business, but other variables eventually come into play. Some customers have individual tendencies that will skew results (like refusing a sale unless it’s an absolute bargain). In our hands-on time with Moonlighter, we didn’t fiddle with enough day/night cycles to notice these outliers. Developer Digital Sun Games assures us they’re present, though.

Messing with the economy will take time to understand, but there’s also the option of keeping some of the loot. Will’s ultimate goal is to slay the world’s five monster bosses. The shop is just a means of self-improvement, the necessary money-making in order to get powerful enough to fight those behemoths. All this decision-making might be tougher than the actual dungeon crawling.

Moonlighter is expected to release sometime later this year on PC, PS4, and Xbox One. It was originally Kickstarted (by more than three times its asking amount) and now 11 bit is publishing it. That means plenty of people have bought into Moonlighter‘s gameplay loop well before it was ever finished. I’m sold on the idea, but I still need to see the effect of the long-term economics and how satisfying it is to nail those price points for maximum profit. I’m hoping to come out of this like one of those customers who’s sporting a dopey grin and coins in their eyes.