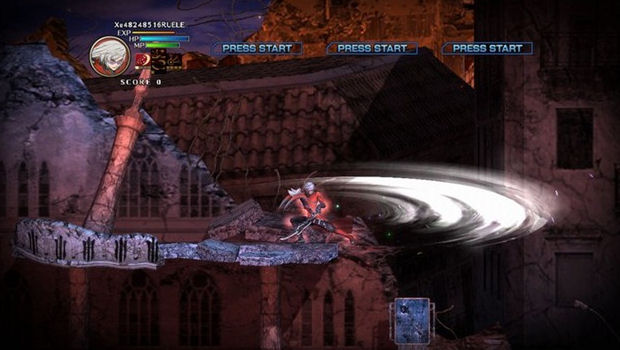 I have not heard of Square Enix’s downloadable sidescroller Moon Diver before today, but it sounds like it has quite a bit of potential to it. It was announced before E3 of 2010, but very little has been seen of it until today.

The game takes place in the year 2081, where inanimate objects have been brought to life by evil forces in order to wage war on humanity. Cars, cups and even bridges will take on the player, who is part of an elite ninja team called The Moondivers. Why not, eh?

Gameplay includes charge attacks, sliding maneuvers, flip jumps, clinging to surfaces, chain kills and four-player co-op. Essentially, a huge amount of crazy action contained in a humble downloadable platformer. I’m definitely down for some of that!