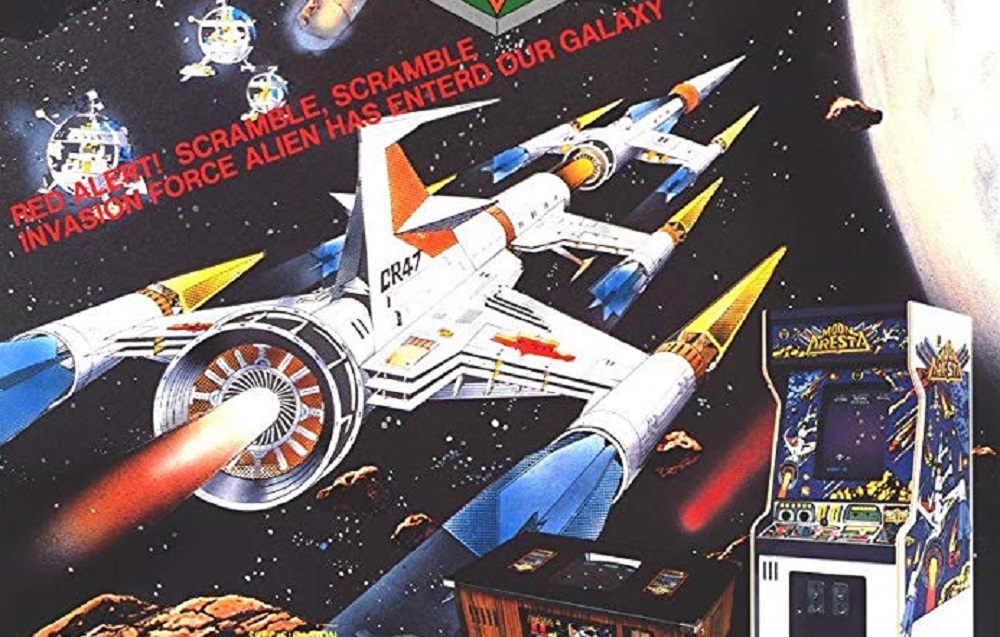 The arcade fans at Hamster have pulled another ’80s classic out of their big bag of licences, slapping it onto Nintendo Switch for a whole new generation of players. This week sees the return of one of the grandfathers of the shmup genre, Moon Cresta.

Released by Nichibutsu way back in 1980, Moon Cresta is a basic vertically scrolling shmup which sees players pilot a space vessel through the galaxy, taking on waves of incoming enemies. As you progress, your ship can have further sections attached to its main body, increasing speed and power.

It’s pretty basic stuff, but this was quite early into the life of our favourite hobby an the colour, design and sound on display is fantastic. I had the Spectrum port of Moon Cresta, and remember getting a real kick out of it. If you want to check out this literal blast from the past, then Moon Cresta – already available on PS4 – is out now for Nintendo Switch.