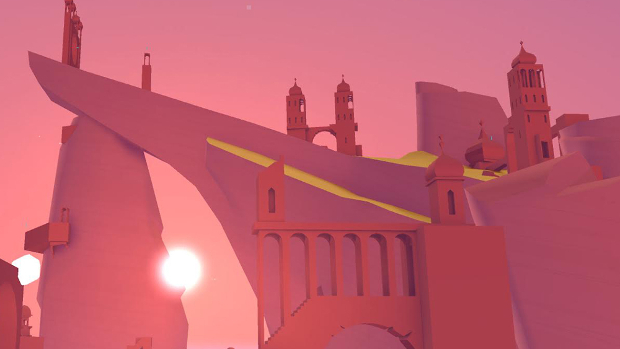 Monument Valley was a chill little game and now the team is working on a new project for the Samsung Gear VR headset. Now that Samsung’s involved (and Sony still toiling away with Morpheus), how long before VR is a mainstream, commercial product bought by folks with disposable income to eventually leave to rot beside their 3D glasses?

Okay, not too into VR beyond a 30 minute novelty deal, but this game does look as nice as I’d expect from developer Ustwo.