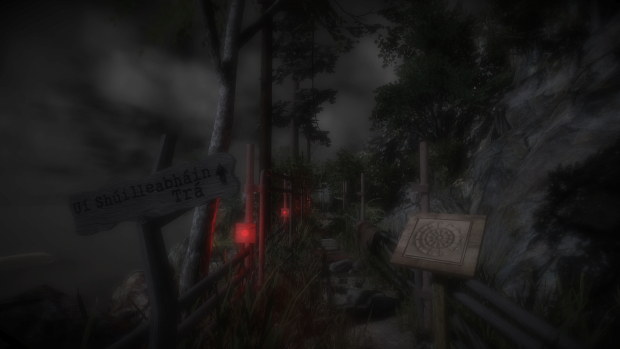 Every October-ish I invariably go back and watch some greats — catch The Thing, and so on — before feeling like I’ve long since exhausted the reserve of good horror movies. Maybe I’m doing it wrong. There are plenty of horror games I haven’t played, after all. That and foreign horror films.

Montague’s Mount, released today (PC, Mac, Linux) on GOG ($10) and GetGames ($9), looks like it could fill that spooky Halloween hole.

The mixture of cold Atlantic water and coarse sand in your mouth brings you back from unconsciousness. Surrounded by the wreckage of a boat’s hull, you can only draw one conclusion: your vessel has been torn apart by the submerged rocks. The secrets of the island must be uncovered if you are ever going to find a way to escape. Where is everyone; is the island really uninhabited; what is lurking within the isolated caves; and what is that building on top of Montague’s Mount?

I want to know! If I’m not too yellow to find out. Scary games scare me, actually. You up for it? Montague’s Mount is also up on Steam Greenlight if that’s more your speed, but you’ll need to vote for it if you want it to be made available there. Or else you’ll be haunted, I bet.