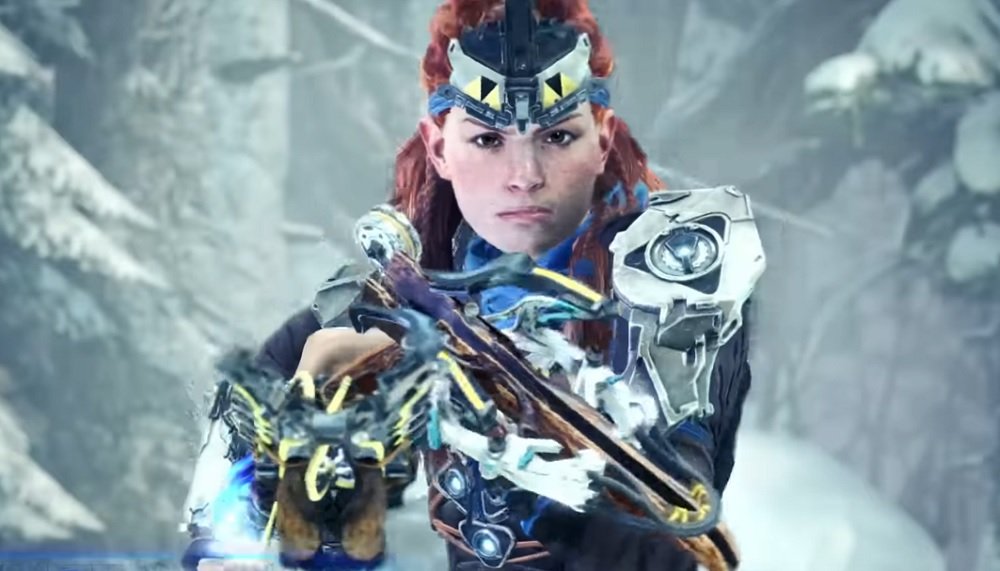 We are just one day out from the arrival of the huge 12.01 update for Capcom’s uber-popular adventure title Monster Hunter World: Iceborne. The publisher has released two videos to get the community geared up for the deadly confrontations awaiting in the frozen tundra.

The first video is a developer diary, and sees producer Ryozo Tsujimoto, director Daisuke Ichihara, and art director Kaname Fujioka discuss almost every element of the update, interspersed with footage of the new content in action. You can check out the description on the YouTube page for timestamps, if there is a particular aspect of the patch you’re interested in.

The second video features the delightful and fearless warrior Aloy (from Horizon Zero Dawn) demonstrating her new gear, also arriving as part of the new update. This includes new bespoke armour and the devastating looking Adept Stormslinger which, as you might expect, is capable of charging powerful bolts of lightning, powerful enough to almost blow our girl off her feet!

Accompanying the videos, Capcom has released the full patch notes for Update 12.01, detailing all technical tweaks to the game world, UI, hub world, as well as a huge list of bug fixes and balance tweaks. You can find these notes right here. Once you’re fully briefed, you can start preparations to take down the scary Stygian Zinogre, who is waiting to confront you in the Guiding Lands.

Monster Hunter World: Iceborne is available now on PS4 and Xbox One. The Iceborne expansion will arrive on PC in early 2020.