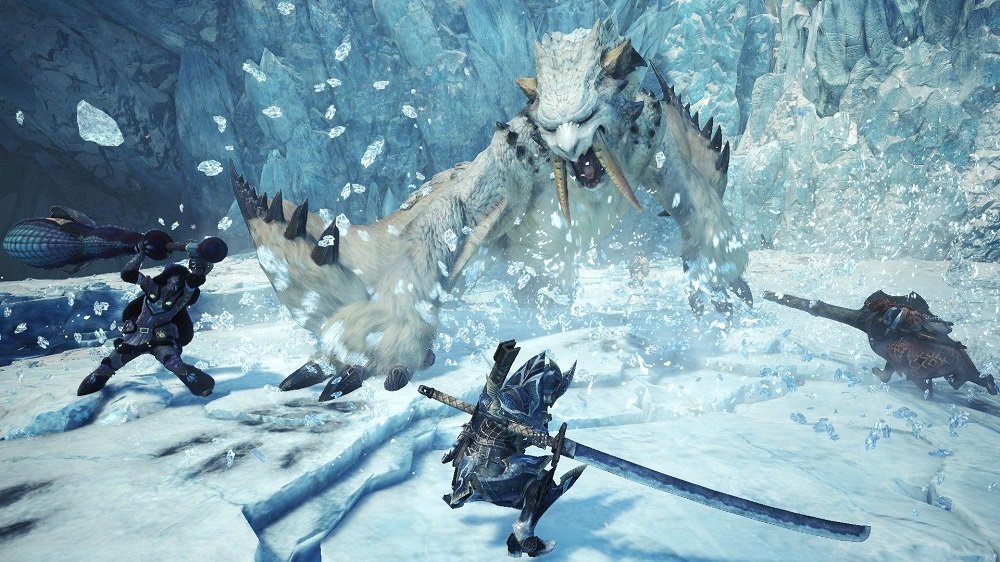 Monster Hunter World: Iceborne is right around the corner, with the exciting expansion to Capcom’s open-world mega-seller a little over a week away. While the publisher has already dropped trailers revealing some of Iceborne’s dangerous prey, a soundtrack listing may have added another beastie to the menagerie.

The Japanese Society for Rights of Authors, Composers and Publishers (JASRAC) has recently released a trademark for the MHW: Iceborne soundtrack, and among the toe-tapping hits headed to the DLC are two tracks that reference the fanged wyvern known as Zinogre, who made its debut appearance in Monster Hunter Portable 3rd back in 2010.

The Zinogre is a formidable foe that – alongside its huge girth, battle-hardened hide and huge fangs and claws – can also utilise electrical attacks thanks to its ability to summon “Thunderbugs”. Deceptively agile for its size, the Zinogre is serious threat, capable of causing huge damage at range and in melee, while having both physical and elemental forms of defence.

Monster Hunter World: Iceborne launches on PS4 and Xbox One September 6, with PC to follow sometime in 2020.