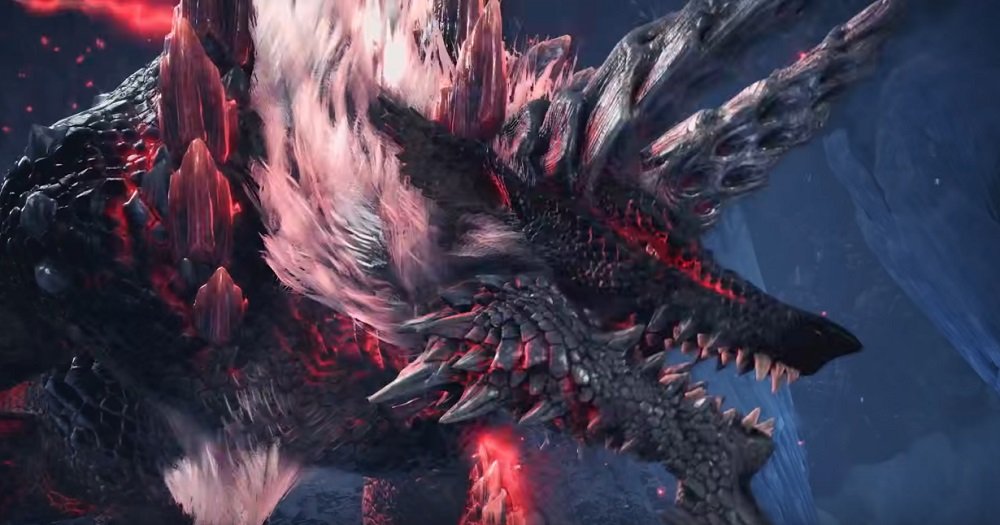 If you’re a PC-playing Monster Hunter fan, perhaps feeling a little left out of some of the most recent content, then be glum no more. The new monsters, missions, rewards and regions that landed on PS4 and Xbox One in late 2019 are finally ready to rock on the PC platform.

The first creature that’s going to kill you this month is the ferocious Stygian Zinogre. This giant – which made its debut back in 2011’s Monster Hunter 3 Ultimate – is a Dragon element (I’m not making that mistake again, boy howdy) beast, recognised by its spiny exterior and black-and-red palette. Drawing power from the mysterious bugs that swarm around it, the Stygian Zinogre is capable of powerful lightning-style attacks.

The Stygian Zinogre and its home territory, The Guiding Lands, will arrive on PC today.

If one beating isn’t enough for you, then you’ll also be able to test your small pointed stick’s abilities against the winged nightmare known as the Safi’jiiva. This giant is a (somehow) even more dangerous, fully-grown variant of MH:W‘s Xeno’jiiva. Both gargantuan in size and capable of mid-battle flight, the Safi’jiiva’s breath attacks are utterly devastating, tearing up both the environment and your internal organs. Party up for this truly epic encounter.

The Safi’jiiva arrives in-game today, while its Siege Quest will go live March 20.

Thankfully, PC-based monster hunters will not be playing catch-up for much longer. After April, Capcom will be releasing all future patches and content drops across all platforms simultaneously, beginning with May’s mysterious “fan-favourite” beastie. You can check out the Monster Hunter World: Iceborne roadmap right here.

Monster Hunter: World is available now on PS4, PC, and Xbox One.