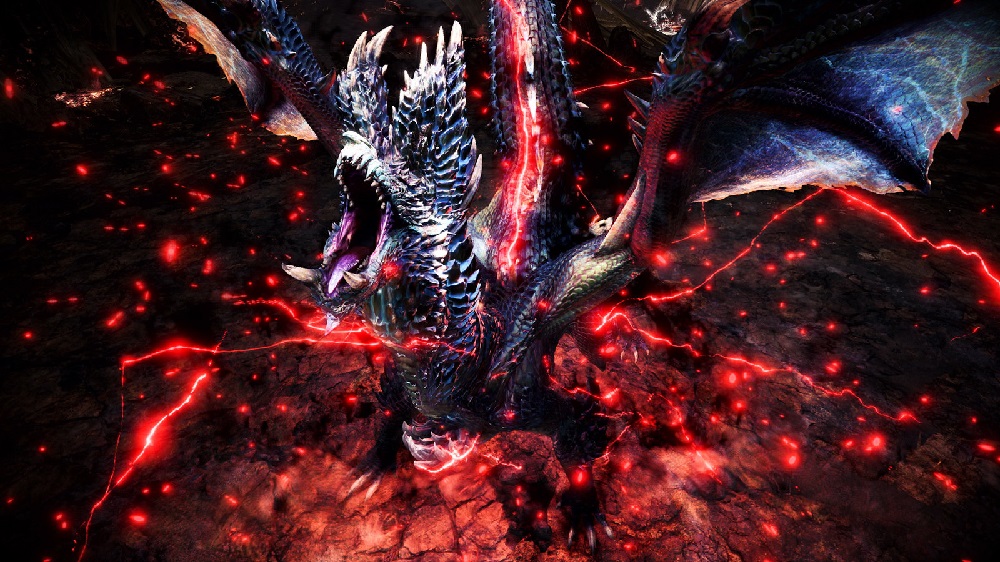 Capcom has dropped a huge slew of details pertaining to Monster Hunter World: Iceborne’s next two updates, the most notable of which is the reveal of Alatreon, who will come raging into battle this May as part of Title Update 4.

Alatreon, who made its debut in 2009 Nintendo Wii release Monster Hunter 3, is an Elder Dragon infused with multiple elements – including Dragon, Fire, Thunder, and Ice. Equally deadly on the ground and in the air, Alatreon is capable of blasting its enemies with powerful blasts of fire and lightning, or can take to the skies to rain down death with razor-sharp ice shards. You can check out this super-powerful prey in action in the new trailer below.

However, before we get to the May update, we still have Title Update 3 to deal with, which arrives today on PS4 and Xbox One (with PC to follow in April). Today’s update brings two huge enemies: the Raging Brachydios and the Furious Rajang, as well as new decor, pendants, music, and a laundry list of balance tweaks and bug fixes. You can read all about it in the official patch notes right here.

In addition to the above, the MHW: Iceborne team has released a new Developer Diary video, which offers detailed descriptions of some of the changes arriving in-game today.