In the second Monster Hunter-themed crossover post I’ve written today, it has been announced that a collaboration challenge between Capcom’s Monster Hunter: World and Sony’s Horizon: Zero Dawn will begin on the former’s launch day.

PS4 players can take on special challenges in order to attain materials to build gear in the style of Horizon’s mechanised universe. The first challenge, “Teachings of the Wild”, begins tomorrow. Hunters ranking level 6 or higher should enter the Arena and take down 8 Barnos. Doing so will give you the materials to create the “Mechanical Beast Grinder” companion weapon and the “Mechanical Beast Palico Series” armour for your sidekick. 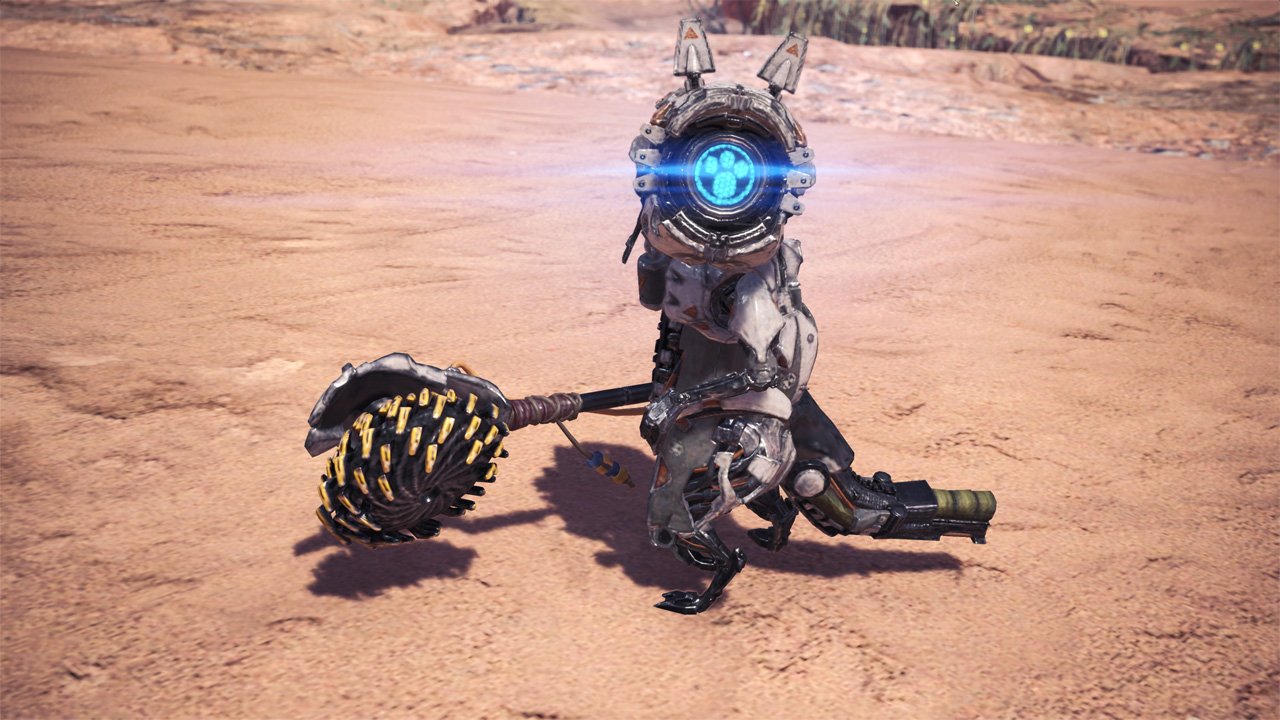 A second challenge, yet to be announced, will give you the materials necessary to create “Aloy’s Bow” and the “Aloy Series” armour set, allowing players to “completely transform into Horizon: Zero Dawn protagonist Aloy” Well, that’s pretty cool.

It makes total sense for this crossover to take place, given both games penchant for lush, green open worlds and epic combat against giant creatures. I can see Aloy perfectly fitting into the Monster Hunter universe. PS4 players who agree will want to jump on the first challenge when it goes live on release.

Monster Hunter: World launches on PS4 and Xbox One January 26, with a PC port to follow this Fall.