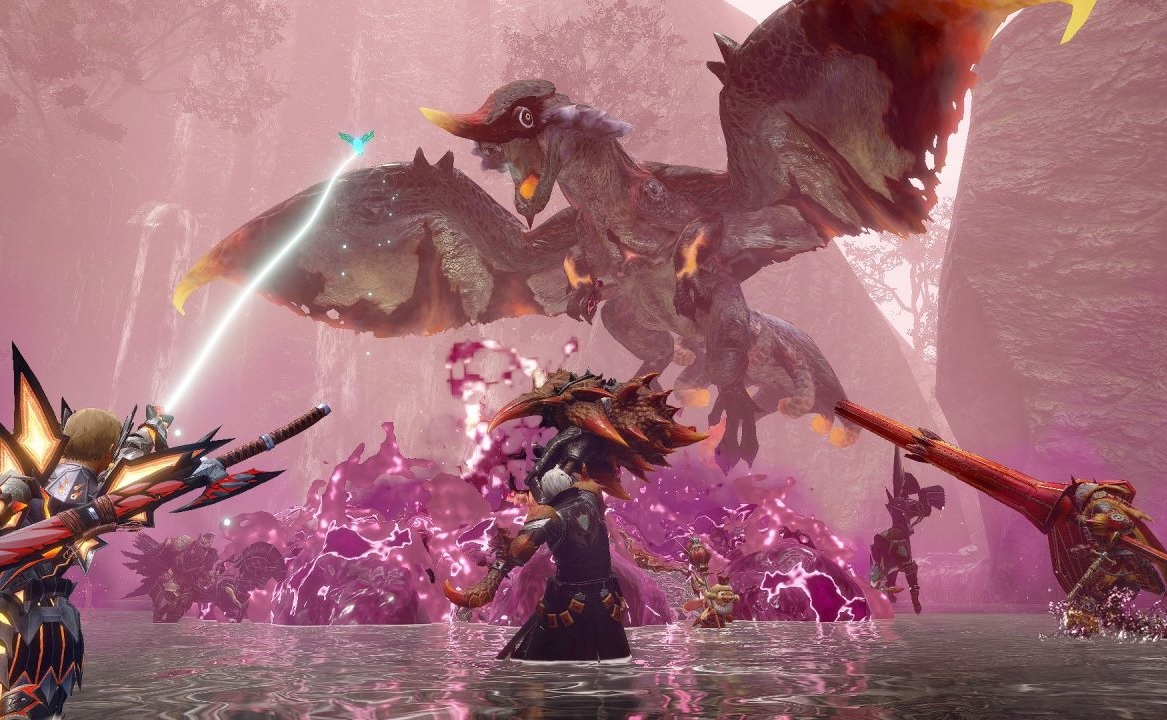 There are almost too many minor tidbits to list, but the world of Monster Hunter Rise: Sunbreak will now see itself packed out with new monsters, additional quests, and story elements, as well as new Guild Card awards, and a variety of unique prizes and rewards for completing Market objectives. The new “Layered Weapon” system is now in effect, allowing for transmogs of your favorite gear and the level cap has been raised for both Anomaly Research and Anomaly Investigation. The PC release has also received a brand new “Horror” visual filter. Spoopy.

Alongside the fun new content, a veritable feast of balance tweaks have been applied to the player characters, weapons, skills, and monsters, while a major bug stomping operation hopes to remove a litany of issues that have been troubling players on either (or both) platforms. The fixes include environmental glitches, which were causing players to get stuck in terrain, (or simply fall through it completely), as well as issues with individual monsters, pertaining to their movement, attacks, or ability to navigate the open world. You can check out the full list of changes on the game’s official blog.

While the new update is not a season changer — it doesn’t bring with it a host of new events, areas, or all-new beasties — it helps fatten up the overall Monster Hunter Rise: Sunbreak experience, giving players more to do, more to explore, more to gather and, most importantly, more to hunt. This will be the final major update for 2022, though Capcom has already stated its intention to keep rolling out new seasonal content into 2023, ensuring that Sunbreak still has many great adventures on the horizon.