I didn’t do the former until 15 hours in

There’s a lot of moving parts to Monster Hunter Rise. If you don’t stop to look around once in a while, they’ll pass you by!

Here’s one thing that I didn’t notice until much later into my playthrough. 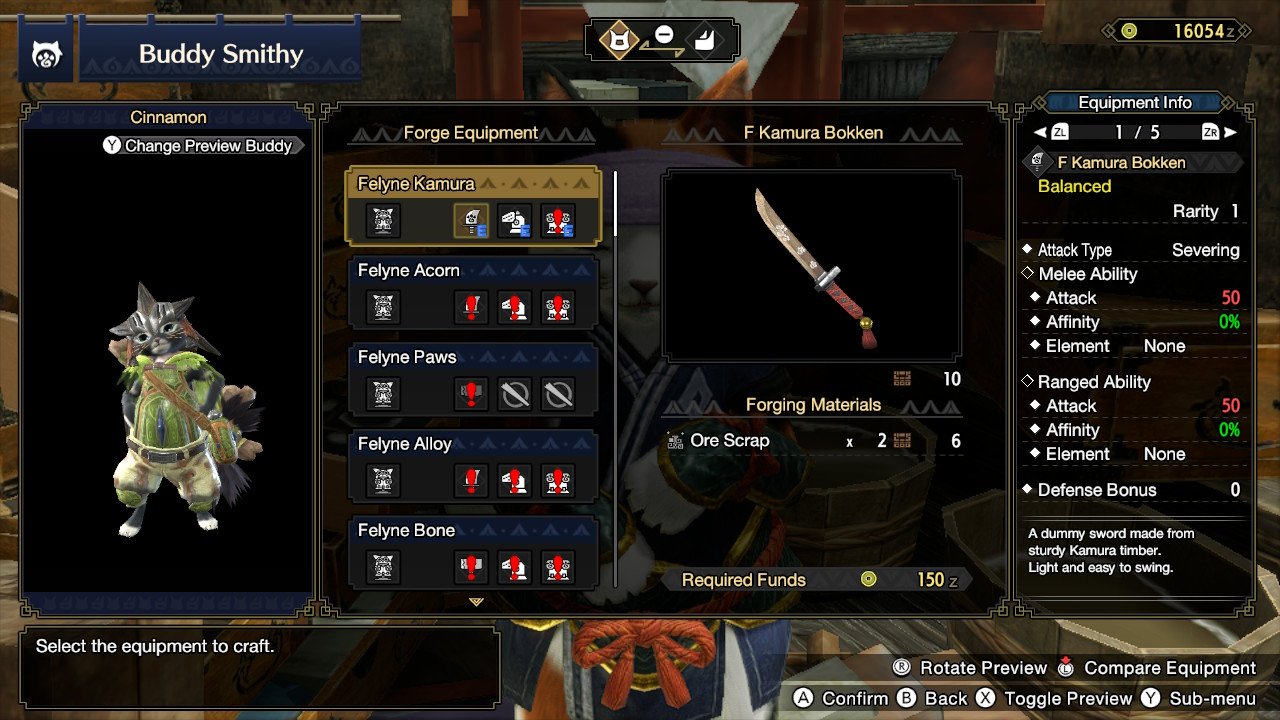 Sitting right there near the focal point of the game’s hub village, is a buddy blacksmith. Given that there are a handful of NPCs that just talk to you and don’t actually trigger any menus or mechanics; it’s easy to miss some of them!

This NPC lets you use “scraps” earned from hunts to upgrade your Palico (cat) and Palamute (dog) companions, called “buddies” in-game. In short, you’ll build new weapons and armor for them (weapon slot, head slot, armor slot), just like you’ll craft and upgrade weapons and armor for your main hunter character. 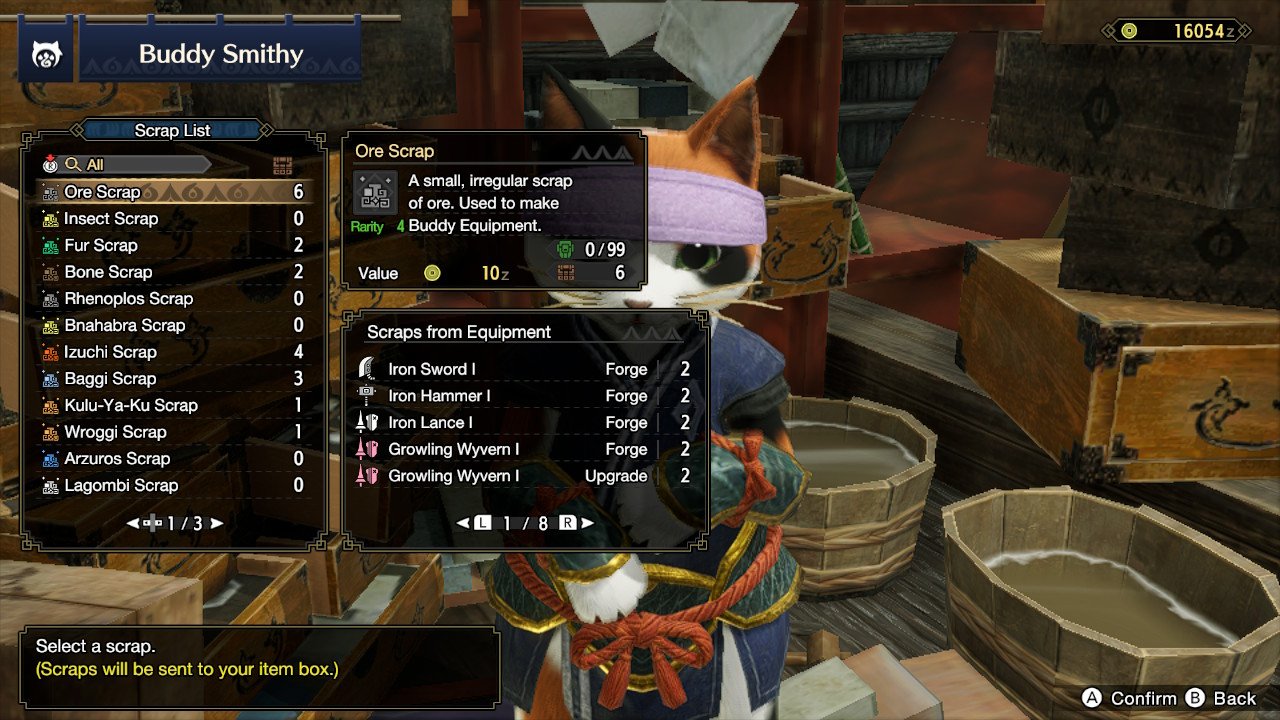 The process is very simple; you talk to the NPC, and you equip them with gear after purchasing them via scraps. If you want, you can trade items for scraps. Again, I didn’t even interface with this system until 15 hours in, so make sure you hit it early!