In case you missed it, Monster Hunter Rise hit five million units shipped in just under two weeks. It’s a big accomplishment for Capcom, and there’s more to come as Rise continues to hit that word of mouth stride and builds up to its PC launch in 2022.

In the meantime, Capcom is celebrating with some free items, which they’re calling “Kamura Pack 1: Big Hit Celebration.”

To get the pack, all you need to do is go to the Senri the Mailman (Mailcat) NPC. It’s in the town square, right next to the armory.

The header image is a handy guide! 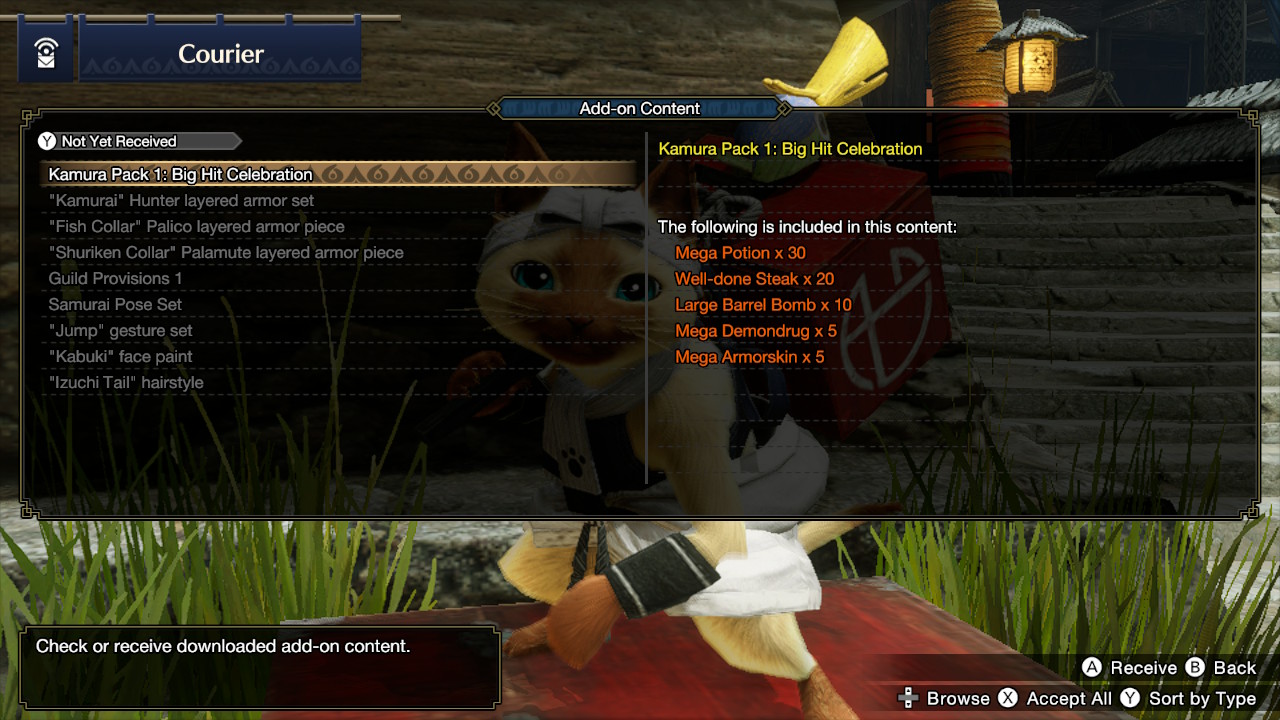 It’s not bad, in all: even just the Mega Potions are appreciated. The fact that it’s called “Kamura Pack 1” is a good sign for more freebies like this too. Just update your game, log in, and go.