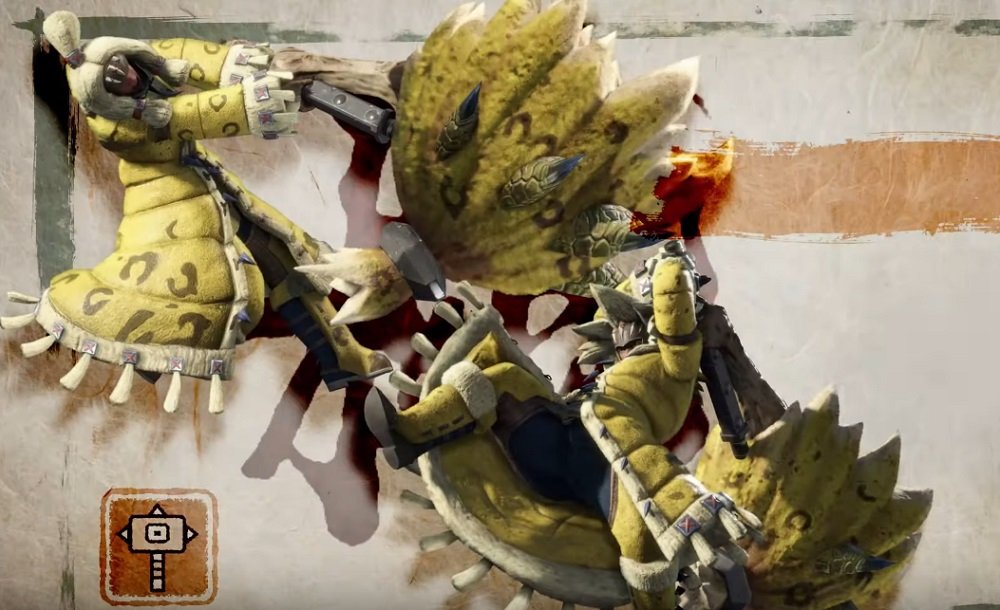 U Can’t Touch This

Capcom is keeping the beat(down) rolling with two more weapon trailers for its upcoming Nintendo Switch release Monster Hunter Rise. Having given us a look at the finesse of the Dual Blades, the poking power of the Lance, and the long-range firepower of the Bowgun, it’s time to get down and dirty with the head-pounding Hammer, and the battle-tested Sword and Shield.

More so than any other weapon in Monster Hunter Rise, Hammer-wielders are all about blunt force power, dropping devastating and highly damaging blows on their prey’s bonces with reckless abandon. Almost entirely lacking in artistry and agility, the Hammer is a relentless, no-questions-asked full-frontal assault on the opposition. Please hunter, don’t hurt ’em.

Conversely, the Sword and Shield – perhaps the most legendary weapon combination in the history of close-quarters combat – combines swift and savage cuts alongside life-saving defensive capabilities. The most balanced tools in any hunter’s arsenal, the Sword and Shield allows players to walk a fine line being effective attack and retreat strategies.