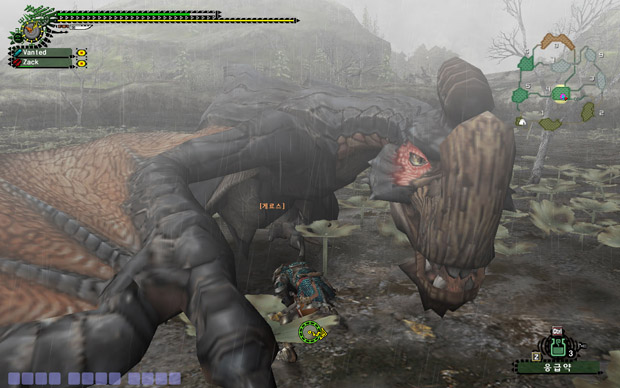 We know that Capcom is bringing Monster Hunter Frontier to the Xbox 360 in Japan, but that’s about it. What about us? Yeah, still no word on that. But there is some information on cross-platform play for the Japanese gamers that will have access to it.

Famitsu had a chat with Microsoft Japan’s Takashi Sensui, Capcom’s Kenji Inafune, and Yoshinori Ono for an interview on the upcoming title. It seems that Microsoft is hosting the servers for the Xbox 360 version of the game, which means that players of the PC version will not be able to play with Xbox 360 players.

Inafune for the save: “In the future, we are considering allowing 360 users and PC users to play together.”

What they did not talk about is a western release. If Microsoft USA wants to host servers, I’m sure that Capcom would possibly think about bringing it over.