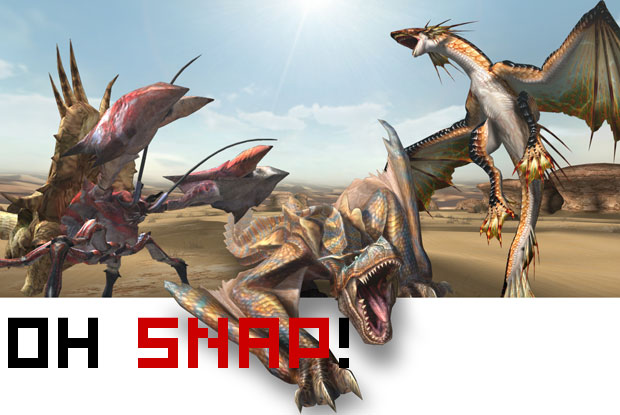 Monster Hunter is kind of big deal. Maybe not as big a deal in America as it is in Japan, but a big deal nonetheless.

Capcom is trying to make it a bigger deal to those of ya’ll who haven’t recognized, recently releasing Monster Hunter Freedom Unite on the PlayStation Portable. Now, its supporting it with downloadable content for the game, releasing every Friday during the upcoming months.

The first bit of DLC is a brand new question, “Triumvirate of Sands.” This new mission throws three monsters at you in the desert — Daimyo Hermitaur, Tigrex, and Plesioth. Hell, you don’t need to be able to pronounce their names to kill ‘em and then carve ‘em, do you?

The DLC is totally free — just boot up your game, click on “Downloads,” and the rest is self-explanatory. We’d think. Unless you’re slow. Then we wouldn’t recommend dragging yourself out into the desert to fight monsters. It sounds dangerous.