It has nothing to do with Divergent

For me, there’s an important distinction between “budget-friendly” and “a budget game.” The former may be a little sanded down or rough around the edges, but is an otherwise solid experience that can be had for a low price (or no price at all, in many cases). The latter is an unremarkable or messy game clearly made for pennies that is often written off because, well, you only paid like $15 for it at Walmart. A “budget-friendly” game is one you come to when you don’t want to spend too much. A “budget game” is one you come to when you’re curious why Samurai Jack wants to beat up Chowder and that $20 is just burning a hole in your pockets.

Based on my time with Dauntless, a four-player co-op action-adventure giant monster hunting game, I feel safe calling it “budget friendly.” You can’t get much cheaper than free, and as a nice bonus, playing the game ain’t half bad either! It was pitched to me as a cross between Monster Hunter and Dark Souls, with a little bit of Destiny thrown right in. Of course the dev team would go right to those comparisons — all three franchises have strong, devoted fanbases that you’d be a fool to not tap if your game was even a little bit similar in any way.

That comparison might be a little too ambitious. Yeah, you hunt monsters like Monster Hunter, you roll around a whole lot like in Dark Souls, and there’s a hub world and loot system that will apparently resemble Destiny. So although the games look similar on paper, my PAX South demo failed to convince me that Dauntless will eclipse or even fully meet its inspirations. 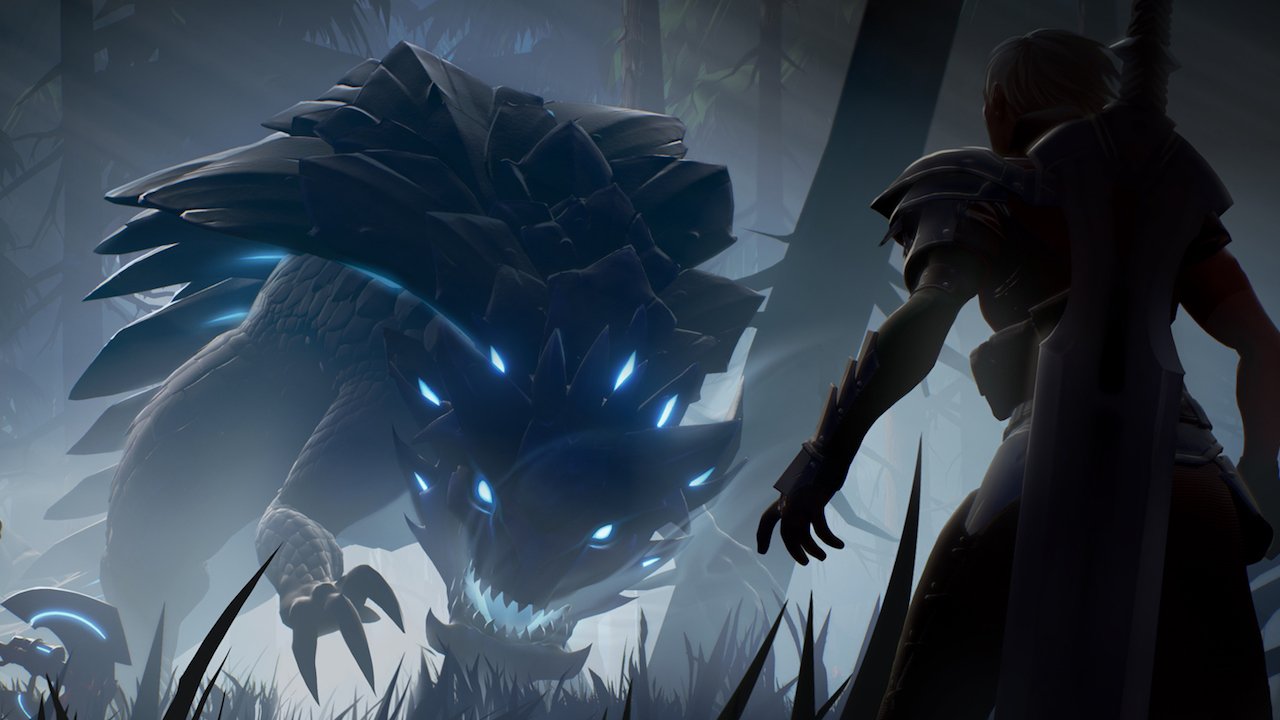 I saw two bosses during my time with Dauntless: a big owl called a “Shrike” and some kind of mutant hedgehog/wolf thing called a “Pangar.” The owl was an easier boss from earlier on in the game, while the Pangar will be a more difficult “mid-to-late-game” enemy. My team was able to defeat both during my demo, with the challenge level being about what you’d expect for the monsters’ respective progress markers. The Shrike was indeed harder. We had the dev team on our side for both fights, but unfortunately the horrific illness wracking my throat had completely impeded my ability to ask questions by that point. So the nice folks at Phoenix Labs spent most of their time babysitting me in the hopes that some of their advice was what I needed to hear at that exact moment.

That actually worked more often than not, so at least I can safely report that Dauntless is not a very difficult game to learn. I played on a mouse + keyboard, but the optional controller button prompts I saw indicated that gamepad compatibility is up for consideration at the very least. That seems like the way to play, as the constant availability of the right analog stick is often essential during challenging third-person boss fights. You’re not exactly looking for first-person reticle precision, which is where a mouse-controlled camera has the advantage, you just want to swing the camera without feeling like you overcorrected.

But even with a control scheme that I found unfamiliar, I still managed to leap into the melee and pop off some damage numbers of my own. The combat isn’t perfect by any stretch; the game has yet to enter beta, and I would say the all-important dodge roll still needs work before Dauntless is ready for prime time. I never felt like I completely understood where my invincibility frames began or ended, often throwing me into damaging area of effects. Also, I noticed significant latency when dodging that I didn’t notice during movement or combat — probably a half-second if I had to estimate, although I’m no time wizard. Still, at least it feels good to click on some big creatures and watch the damage numbers pop off! The Phoenix Labs team certainly nailed that particular aspect for lab rats like me who like to see the numbers go higher with each button press. 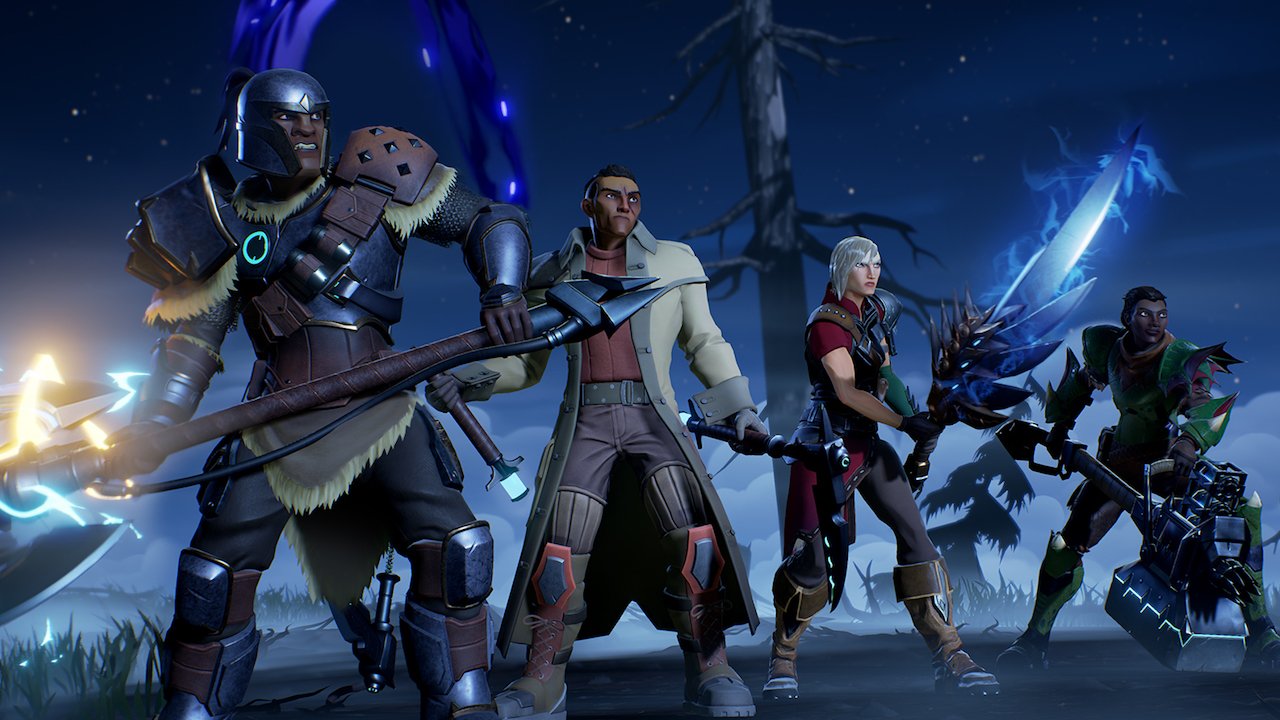 Even with the weak dodging, as someone who’s been getting into a lot of conventional and unconventional multiplayer experiences with my online friends, I’m always on the lookout for new stuff for us to do together, and I could see this game fitting into our rotation. The bosses in Dauntless felt challenging but not insurmountable: the elusive sweet spot for co-op games.

Dauntless will be free to download, but the game will earn its money through cosmetic microtransactions, which is something I’ve come to terms with in free-to-play games or priced multiplayer games that regularly publish free live content. Since you don’t pick a class, instead deriving your “class” from the kind of weapon you use, gating weapons behind a paywall would be silly. Hats you can pay for with real money has always been A-OK by me. Since the loot system that affects how the game plays will be untouched by microtransactions, I hope the stuff you get from killing the giant monsters will provide enough of a hook to keep playing. I just don’t think I’d spend dozens of hours grinding out Dauntless‘ version of Unobtainum and then end up with a +1 Dagger, y’know?

The more time I spend away from Dauntless, the more I respect it. To the best of my knowledge, there aren’t a lot of PC-exclusive Monster Hunter clones kicking around — and even if there are, this is a solid video game you can play with your friends that also does not cost any money to play. It’s been a dark couple of months, we could all use a little more time with our friends.