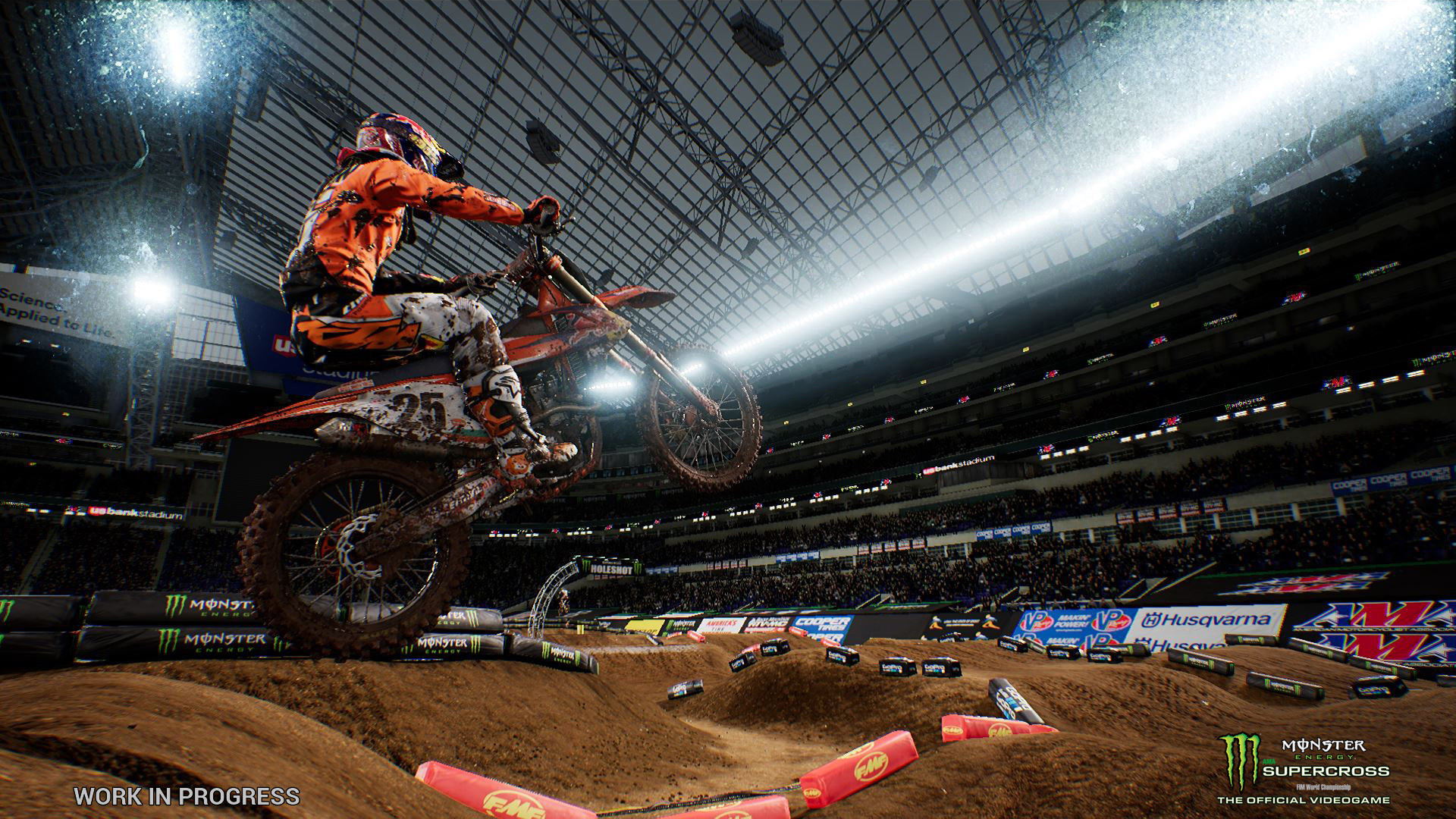 Tomorrow is the Monster Energy Cup in sunny Las Vegas where one million dollars will be on the line for riders in the AMA Supercross circuit. So what better time than now for Milestone S.r.l. to announce Monster Energy Supercross – The Official Videogame. If you enjoy sport racing you probably already know Milestone from its Moto GP and MXGP racers, or the countless other racing games it has made over the past 17 years.

Monster Energy Supercross will feature real riders from AMA Supercross, including Chad Reed, Ken Roczen, and Ryan Dungey — hey I actually recognize that last one! Players will be able to customize their racers and bikes as they fly across official Supercross tracks from the 2017 season through a career mode in 250SX and 450SX classes. We’ll also be able to create our own courses to race and share online, which is always my favorite feature in these types of games.

If the final gameplay looks half as pretty as the footage in the trailer, this will be one damn fine looking game.