Monster Boy and the Cursed Kingdom is a “spiritual successor” to the Wonder Boy franchise. It’s a cute platformer where you can switch between animal transformations as the situation demands. You can butt-stomp enemies. It’s set for release this year, and will be coming to consoles and PC. These are objective facts, as they relate to the video game Monster Boy and the Cursed Kingdom, which I saw at PAX South.

If you’re a fan of the Wonder Boy games, then I hope you take some measure of joy in the knowledge that Ryuichi Nishizawa, a member of the original development team, is working on Monster Boy. As somebody who wasn’t even alive during the era of the Mega Drive, that information doesn’t even begin to scan for me, so I hope I’ve brightened somebody’s day by a fractional amount.

I’m really struggling here, gang. Monster Boy feels like a licensed platformer for a French-Canadian animated series that doesn’t exist — a Flash game for a Spider Riders-style Saturday morning cartoon. It’s such a middle-of-the-road experience, a 5/10 on the Destructoid review scale, a completely basic video game that will likely not inspire any strong feelings of emotion in most players. Except while you’re playing as the Frog, that is. Swinging around with your tongue is pretty fun. 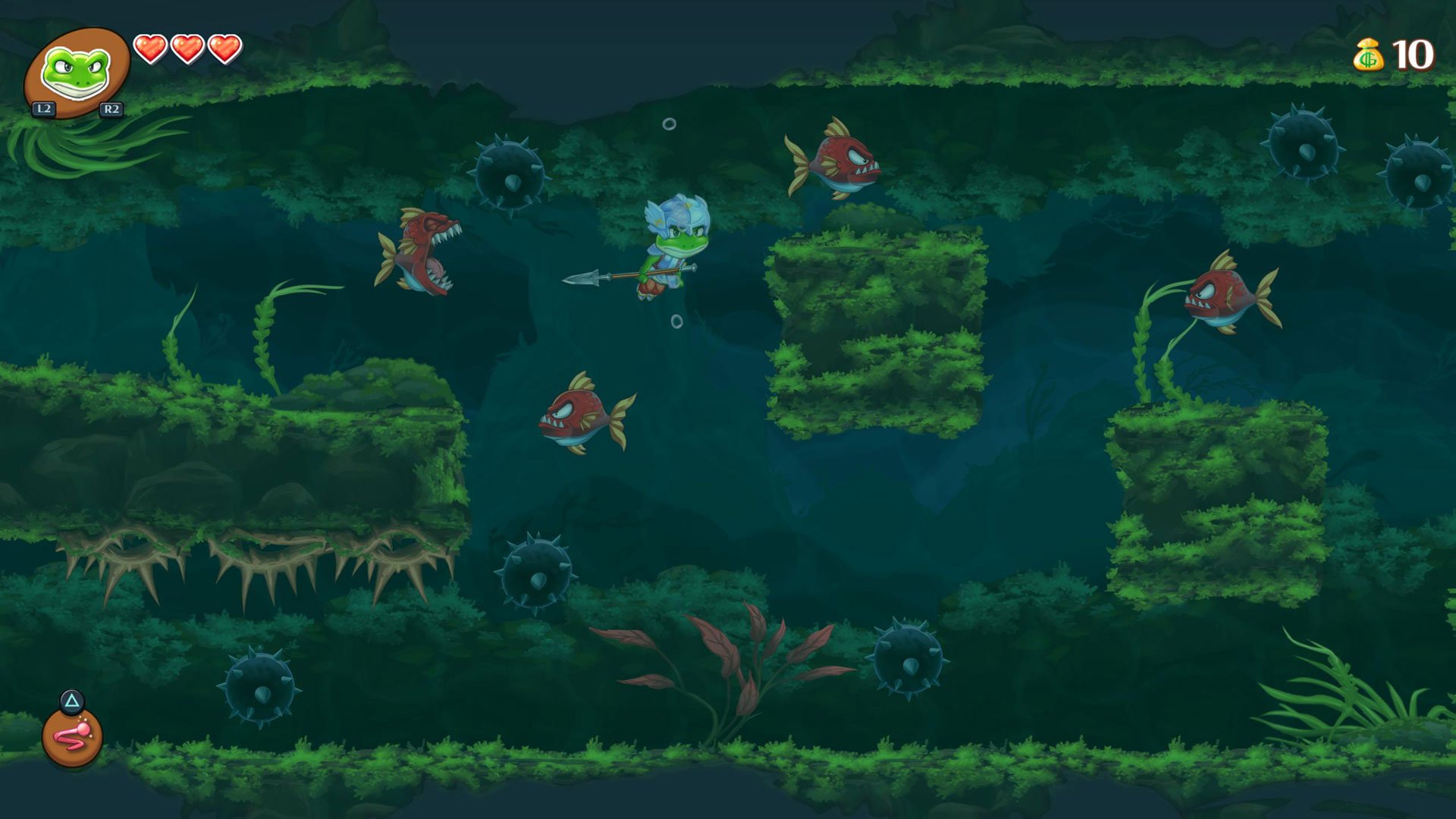 If nothing else, I can at least appreciate the setup for Monster Boy‘s story. Your wizard uncle gets wine drunk, comes into possession of a magic wand, and starts causing trouble. He turns you into a pig — which just means you’re a generic platformer protagonist, except sometimes you have to stop to “smell” your environment and find a door or a new platform or something. Later on you get the ability to transform into other animals. You can be a snake. The snake can get into smaller areas. You can also be a frog. The frog can use its tongue to eat bad guys, or if you like having fun, you can grab certain platforms and launch yourself into the air or swing around.

I don’t mean to sound dismissive, I’m sure many talented people put a lot of work into making this game, but unlike my Chrono Trigger-esque frog friend, there’s nothing for me to latch onto here. Monster Boy is as cute and affable as you’re liable to get from a video game and it’s not actively unpleasant to play, so I’m not going to sit here and claim that it’s a bad game. It’s just so generic; a baseline that neither offends nor inspires.

Maybe this game would be a nice starter title for kids? I can see kids having some fun with Monster Boy, and it’s certainly a lot better than most video games developed exclusively for children. It’s not as well-made or challenging as other platformers like Mario or Rayman, but it goes down a lot easier, so young kids will be less likely to get frustrated. Nothing wrong with a game that children would enjoy, so if you’re a parent looking for a kid-friendly game, Monster Boy might fit that particular niche.