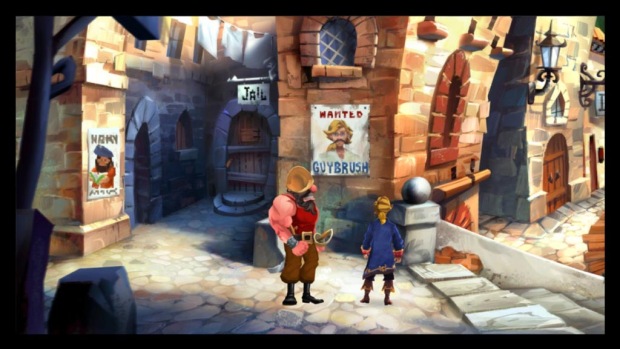 I’ve always imagined that the fellows behind the classic Lucas Arts point-and-click adventure games were some of the funniest and most interesting people ever. Now thanks to Monkey Island 2: Special Edition I will finally be able to know for sure. GameSpot is reporting that the game will be released with a commentary sound track that can be played in substitution of the game’s original one.

The track will feature three of the original creators of Monkey Island — Ron Gilbert, Tim Schafer, and Dave Grossman — all talking the inside talk on the game. No word on whether you will be able to switch back and forth, but I’d guess that would be a pretty easy option.

I’m pretty sure this will be the greatest commentary ever recorded, especially since GameSpot’s interview with the three landed this choice quote from Schafer about the best part of MI 2: “The spitting contest. No other game had spitting in their game, really. Maybe I’m just biased because I wired that part up. But I thought it was the best part of the game. Now that I’m thinking about it, ‘Spitting Contest’ would make a great Natal game.”