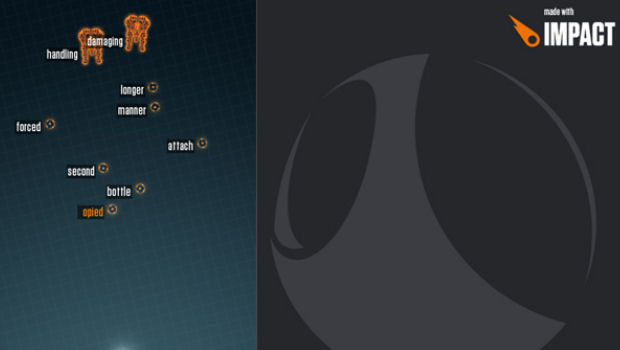 I saw this wonderful vocabulary game on Reddit a few months ago and have been meaning to post it ever since. I’ve been busy with the Flixist launch for the last few months, but now that things are stable and awesome on a daily basis I’ll have the time to find and share great online games each week that are worthy of your attention. If you ever come across something that’s a good fit then don’t hesitate to send me a message on Dtoid or Twitter.

It’s as simple as typing out the letters in the debris or space ship’s name to destroy them before they approach. To reward quality over randomly mashed keys, the points for each success increase the longer you go without making a mistake. You can play Z-Type here.

Much like the old Mario typing game that some of us enjoyed back on Windows 3.1, Z-Type peaks in its fun factor early on and then the excitement wears off quickly. However, two decades later and I still feel like it’s onto something that needs to be tapped into more with game design. A good example is Ys Typing Tutor — free/legal download here — which is essentially a primitive typing RPG that could be expanded into something great. I have no qualms with the stereotypes the game industry often lives up to, but it’s not about satisfying the critics. It’s about the fact that some learning games can be fun. I think someone could easily clone Mario Party and replace it with competitive educational minigames and see huge profits with or without the famous Nintendo characters tied to it.

Since many of you may have already given Z-Type a try, here’s Word Shoot, a variant of the typing shooter genre that has enemies approach from all angles and also includes special items.